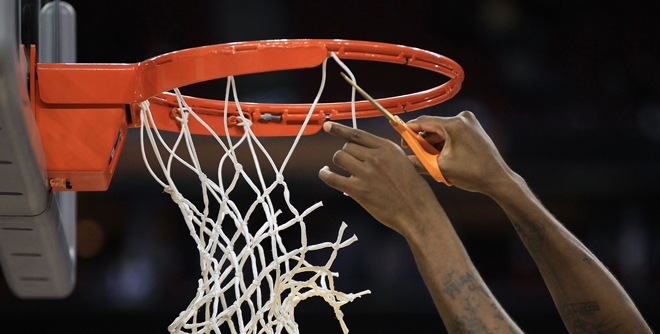 With ad revenue reaching $1.15 billion, the NCAA Men’s Basketball Tournament is the most lucrative playoff in all of sports, according to Kantar media. As this year’s Tournament receives even more promotion and corporate support, it is expected to grow to new levels of popularity and commercial success.

“March Madness has transcended being merely a sporting event; it’s an American cultural phenomenon, and subsequently, the business impact of March Madness is enormous and growing,” said Ben Sutton Jr., President of IMG College. “In terms of sheer drama, unpredictability, and the multitude of hair-raising games, March Madness is one of the most exciting, if not the most riveting, tournament in global sports.”

Across its business lines, IMG College is helping to excite fans and to grow college basketball’s Tournament while serving its partner institutions:

IMG Audio, the nation’s largest independent sports radio network, will broadcast 15 of the nation’s NCAA Men’s Basketball Conference tournaments, covering 60+ colleges and universities. In a 72-hour window this week, the Audio team – 200+ crew members at game venues supported by 50+ technicians and producers in our Winston-Salem studios—will produce more than 500 hours of programming.

Local school coverage will feature six of the nation’s top 10 teams and 10 of the Top 25. Reporters at each major conference tournament will file daily updates to enhance IMG’s national, regional, and school-specific coverage.

“There’s nothing like conference tournament week, because everyone, from the highly ranked favorites to the Cinderellas, are in it. And IMG Audio gets to tell that story,” said Chris Ferris, VP of Audio, IMG College.

In addition to local school coverage, IMG will be offering regional and national games for the following leagues:

Immediately following Selection Sunday and through the Tournament, Campus Insiders, a partnership between IMG and Silver Chalice, will feature round-the-clock coverage from its team of experts and insiders. Starting Sunday evening, March 16, Campus Insiders will being releasing “68 in 60” – basketball analyst Jordan Cornette and 2002 National Champion Drew Nicholas breaking down all 68 Tournament teams in 60-second segments. It’s the ultimate video companion as fans fill out their brackets.

From the First Round through the Elite Eight, Campus Insiders will release “Who’s Got Next?” – a video-on-demand (VOD) series evaluating upcoming match-ups – and nightly recaps and preview segments with contributions from coaches, insiders, and Seth Davis.

During Final Four weekend, Bonnie Bernstein and Jordan Cornette will cover the action live from Dallas, while Seth Davis will provide VODs with analysis as the Tournament unfolds. A live Championship Game Preview will air Monday, April 7th at 1PM ET, with contributions from Bonnie Bernstein and Jordan Cornette in Dallas and in-studio analysis from Ray Crawford and Shae Peppler. A live post-Championship studio show is scheduled for April 8 as well.

All the coverage is available at CampusInsiders.com.

IMG College Publishing is producing the official program for every site hosting the Men’s and Women’s tournaments, through the Final Four.

Printed publications remain a Tournament mainstay, and IMG Publishing is turning out 18 Conference Tournament programs. For an advance look at the covers: http://bit.ly/1dnckSp

Producing the official Final Four programs alone is a herculean effort. How many does IMG turn out? Stacking all 45,000 copies, the program pile would soar past the Eiffel Tower and nearly reach the tip of the spire of downtown Manhattan’s Freedom Tower:  http://bit.ly/1jPi2OF

This article is republished with the permission of Andrew Giangola and IMG College. It was originally published at http://www.imgcollege.com/news/2014/img-college-helping-put-the-madness-in-march