Clemson and LSU’s players are going to be able to watch film from the vantage point of the quarterback thanks to built-in cameras on their helmets. 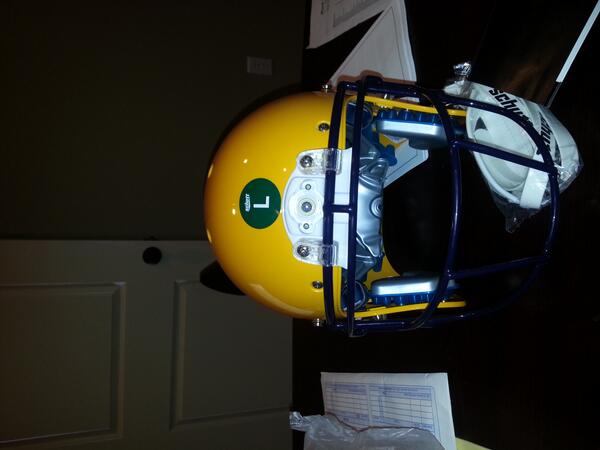 We’ve already seen Go-Pro videos from teams popping up over the past year, so it’s a natural evolution and something similar to what Texas A&M and Houston did for spring practice last season. The New England Patriots and Chicago Bears have done this as well. Though with a camera inside the helmet and right above a quarterback’s eyes, the helmet won’t feel like there’s anything extra attached to it.

When watching tape after practices, coaches can show the quarterback what he did and didn’t see from his vantage point. Theoretically, the lesson transfers over faster than having to interpret a different camera angle to what a quarterback sees on the field from behind the line of scrimmage.

We won’t see these in games any time soon, if ever. But for practice, especially where contact is limited, this will end up being the new trend. Assuming your quarterback can stomach watching the video, that is. Yours truly can’t handle first-person videos without instantly getting a headache from all of the shaking.

And remember, someone is always watching you.

This article is republished with the permission of Nick Bromberg and Yahoo!Sports. It was originally published at http://sports.yahoo.com/blogs/ncaaf-dr-saturday/clemson-and-lsu-s-quarterbacks–helmets-have-built-in-cameras–photo-211523410.html

What You Need to Know About Concussions and Youth Sports