After three days of intense debates and open discussions, Joël Bouzou closed the Peace and Sport International Forum 2013 in the presence of more than 700 delegates from 100 different nations.

This 7th edition of the Forum proved a resounding success and was unprecedented in terms of political and governmental involvement at the highest level. 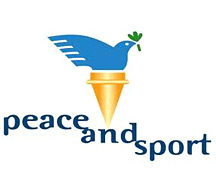 After a highly acclaimed opening session, which saw Young Sam Ma, Ambassador for Public Diplomacy for the Republic of Korea declaring “sports diplomacy is sometimes the only way to penetrate into territories wrought with disputes and generations of pain, where dialogues and political overtures have stalled”, the final session of the Forum was marked by a historical speech from Mr. SON Kwang Ho, Deputy Minister of the Ministry of Sports of North Korea.

Mr. SON Kwang Ho talked to the Forum’s delegates about the projects currently implemented in North Korea to build sport facilities, organize grassroot sport events and support elite training. At the end of his speech, he declared: “We will do our outmost to further develop sports in our country so that it will fully serve for improvement of the people’s health, the development of world peace and friendship with the countries in the
future.”

The peace through sport community was gathered in Monaco around a wide group of Heads of States, Ministers, Ambassadors and International Organizations members, including H.E. Anthony Thomas Aquina Carmoneau, Head of State of the Republic of Trinidad and Tobago and S.E. Aminata Maiga Keïtau, First Lady of the Republic of Mali, who both gave highly remarked speeches at the opening ceremony, Alexander Zhukov,
Deputy Prime Minister of the Russian Federation, H.E. Mr. Memli KRASNIQI, Minister of Culture, Youth and Sports of Kosovo, and many more. Throughout the Forum, political decision-makers expressed a shift in their vision of sport: that instead of being considered as a public expense, sport was gradually being seen as an investment for a better society and a tool for diplomatic dialogue – a vision that Peace and Sport has been promoting since its creation in 2007 and spearheading at this year’s Forum.

In his final speech, Joël Bouzou, President and Founder of Peace and Sport, commented on the close ties now linking the sports community to the political and diplomatic leaders: “This shows we are going in the right direction. A few years ago, during the first editions of the Forum, the pledge of using sport as a tool for peace was expressed by the sports actors: Ministers, Federations, Champions… Today, the message is carried by Head of States and Foreign Affairs Ministers, and with a strong voice! The cause progresses, and sport diplomacy becomes, year after year, a reality.”