WADA has never revealed details of the alleged shortcomings that prompted it to act at such a sensitive moment less than 10 months before the 2014 FIFA World Cup was scheduled to kick off in Brazil, saying only that it was “due to non-compliance with the International Standard for Laboratories (ISL)” and related documents. 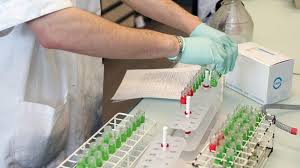 However, a source has reported that the latest problem is related to a “blind” test.

Under WADA’s External Quality Assessment Scheme (EQAS), urine and blood samples are distributed periodically by WADA to accredited labs to be tested for the presence – or absence – of prohibited substances.

In a “blind” test, the laboratory knows that the sample has been supplied under the EQAS scheme, but not what substance it might contain.

Labs are also sometimes required to undergo “double blind” tests, in which the EQAS samples are indistinguishable from normal samples, and might be blank, adulterated, or contain banned substances.

WADA may use this exercise to assess a range of lab performance criteria, such as turnaround time or compliance with documentation package requirements, as well as the facility’s competence in detection and identification of prohibited substances.

It was not specified to insidethegames whether the Rio lab’s “non-compliance” followed a “blind” or a “double blind” test.

The Federal University of Rio de Janeiro (UFRJ) doping control laboratory, also known as LADETEC, would normally be expected to play a major role both in next year’s World Cup and the 2016 Olympic and Paralympic Games, which Brazil is also hosting.

In 2012, it was suspended from conducting isotope ratio mass spectrometry (IRMS) testing on samples for several months before being reinstated.

It retains a right of appeal to the Court of Arbitration for Sport (CAS) before the current revocation officially takes effect on Sept. 25.

Meanwhile, FIFA’s leading medical expert has admitted he is concerned about the situation.

“This is a problem,” Michel D’Hooghe, head of FIFA’s medical committee, acknowledged.

“We look now what WADA will decide.”

Contact the writer of this story David Owen through his Twitter feed that can be accessed here. Inside the Games is an online blog of the London Organizing Committee that staged the 2012 London Games. The blog continues to cover issues that are important to the Olympic Movement. This article is reprinted here with permission of the blog editors.