The scale of success achieved at the London 2012 Games has become clearer and more vivid over the past year, providing a new blueprint for the planning and delivery of major events worldwide. There has been much discussion about how London organizers were able to achieve such universally, highly regarded Games events and experiences, and why the Games worked so well. 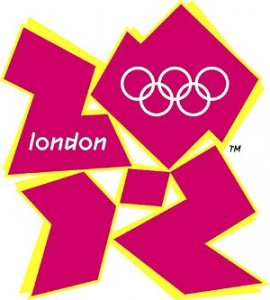 The London 2012 Games successfully brought together, for the first time, the best elements of previous Olympic Games, and combined them with the look and magic of London and British sporting and Olympic heritage.

The successful delivery of Games events centered on effective Games-wide operations. This was result of intensive planning and preparations by teams that were well prepared, enabled and empowered by a leadership team whose confidence in the delivery of the Games came from strategies and plans that were carefully developed, tested and reviewed. London also benefited enormously from a generation of learnings from previous Olympic Games through the IOC’s transfer of knowledge programs.

While this involved many thousands of pieces of detailed planning, the success of the London 2012 Games can be distilled into the three following areas: Vision, Engagement, and Leadership and Integrated planning and delivery.

Vision
The fundamental approach underlying the London 2012 Games was to adhere, as rigidly as possible, to our bid promises and vision to use the power of the Games as a catalyst for positive social, economic, community, and disability and sporting change.

This vision was our Game’s compass, and we used it to bring together all our stakeholders and partners and to help the organization and wider stakeholders make the tough decisions. Importantly, aligning everyone behind a clear, concise vision enabled us to create a Games proposition that connected with the public.

Legacy was central to our vision, and the vision was much more than just sport. It was about wider community in the U.K. and internationally. It was also about showing value for money. Legacy delivery was worked out early and roles and responsibilities for legacy were also determined early. Planning of the Games and legacy proceeded in parallel. The Games, however, must work and must be inspirational to drive and support legacy.

Engagement
Keeping the public engaged and excited over seven years of preparations was vital to the success of the London 2012 Games.

The public wanted to be a part of the Games and our journey to the Games, so we used Games assets such as the Torch Relay, ticketing, volunteers, city activities, and education and culture programs to engage everyone strategically to join in the pre-Games journey and events, which set the stage for a spectacular Games-time environment.

The role and influence of the Chairman of the London Olympic and Paralympic Games Committee, the double Olympic gold medalist and former politician Sebastian Coe, however, was pivotal to the success of these Games and cannot be overestimated.

While Coe brought in talented people to help manage the logistical challenges of staging the worlds biggest event, he had an instinctive understanding of the most complex functions and operations and was involved in making and helping to guide and direct all key decisions from the Bid onwards.

Coe made staff look and feel good about their work, and involved in playing an important part in London’s grand Olympic mission, and his inclusive style, witty humor and generosity of spirit along with the high regard in which he is held in international sport was essential to keeping the London 2012 wide and extremely diverse stakeholder teams united and focused on what mattered most – Coe was as close as possible to being indispensable to the success of the London Olympic and Paralympic Games such was his profound importance to the endeavor.

The enormous reputational risk to Brand Great Britain meant that failure was simply not an option. We could not leave this to the ‘It Will Be All Right on The Night’ school of project management, as Coe would regularly remind his teams. We could not allow our planning inadequacies impact on the Olympic experience of the athletes or the global community in any way.

In addition to the huge logistical challenges, preparations for the London 2012 Games unfolded against a backdrop of massive social, economic and community change – from the London bombings to the global financial crisis – all of which had to be accommodated and absorbed into our planning.

This presented the most challenging environment in decades in which to deliver the Games.

Two key principles guided us through the enormous complexity of the Games project: firstly, great teams and great partnerships, especially with the IOC and IPC , the real Games experts, and secondly, an absolute total focus on athletes and their needs and service levels.

Our focus under Coe’s watch was on the athletes at all times, encouraged by one Australia’s IOC members, John Coates, that if you get the  conditions right for the athletes, they will perform at their best and this will inspire and unite the world.

This was not just an emotional connection, but held rigorous intellectual reasoning, Coe would often point out, because if you get the transport, ticketing, accommodation and immigration arrangements right for the athletes, you will get it right for just about everyone else.

Ultimately, it was the performance of the athletes and the interaction with the spectators that was fundamental to the success of the Games, and much exhausting work was done to create the conditions necessary for sporting magic inside the venues.

While planning for the experience of spectators, competitors, and officials at sporting events had too often been left to chance in the past, every single piece of planning for venue operations at London 2012, along with security, transport, accommodation, and catering arrangements for the athletes, visitors, and spectators was carefully planned, integrated and tested.

The success of the Games was the result of years of intensive planning and strategies that had been carefully developed, tested, retested, tested again and then reviewed and retested.

We tested our staff and ourselves as well as our venues in 42 test events, which were staged in 28 venues, the most comprehensive pre-Games testing schedule in history. We hosted more than 8,000 elite athletes across 183 days of competition, deploying a workforce of 25,000 and welcoming 350,000 spectators.

More than 200,000 man-hours were spent testing the Olympic competition scoring and results systems in a special laboratory the lead up to the Games.

This helped to ensure that the elusive ingredients for a magical and electrifying sporting experience would be present when the Games started, and the world’s best prepared athletes met the world’s most enthusiastic public in high performing venues filled with crowds, color and excitement.

The athletes performed at awe-inspiring levels, and almost always with grace and sportsmanship whether they won or lost, and we had a plethora of world and Olympic records we could all marvel at.

The British public and international visitors responded with levels of enthusiasm, passion, noise and sheer joy rarely, if ever, seen before at any major sporting event.

Ordinary people with no previous interest in sport were asking sublime questions about the rules of the keirin cycling event or why three-day eventing lasts four days.

Britons everywhere were fixed to their television screens watching sports they had barely heard of before as Olympic fever gripped the city and the world. There was a party atmosphere everywhere you turned; even on the trains and underground networks where whole carriages were abuzz with excited Olympic conversation.

This was the legacy of inspiration that we had been looking for and planning for to inspire a generation, and its still inspiring a generation, as young people to continue to join local sporting clubs around the country.

As well as forensic planning, we had brilliant people working for us with the imagination, energy, creativity and determination to deliver this level of previously unprecedented detailed operational planning. You also need lots of friends as well, and we had friends in abundance – from David Beckham, and Desmond Tutu,to Nelson Mandela and Sir Ian McKellern…

The British public however were our best allies and greatest fans. We knew if we got it right for the public then when the time came the British public would embrace the Games and they did not let us down – just as they didn’t let us down at yesterday’s one year anniversary Games in the Stratford Olympic Park, filling the main Olympic stadium once again with a joy of sport and sense of community that only sport can provide.

Michael Pirrie was Executive Advisor to Seb Coe, Chairman of the London 2012 Olympic and Paralympic Games Organizing Committee, advising on international relations and communications, liaising with IOC Executive Office on planning and preparations for key Locog-IOC events, including Coordination Commission meetings; IOC Executive Board reports and Sessions, as well as with international media, the British Foreign and Commonwealth Office, and other key London 2012 stakeholders including Mayor of London. He led preparations for the Official London 2012 Post Games Report to the IOC and was a founding member of the London 2012 Bid, responsible for international media and communications.