NASCAR’s Jason Leffler, who was 37, died from injuries suffered when his 410 sprint car slammed into the wall at Bridgeport Speedway dirt track in New Jersey.

Leffler had to be extricated from his car and was reported to be unconscious with major injuries.  According to The Chicago Tribune, Leffler was transported by helicopter to Crozer-Chester Medical Center in nearby Chester, Pa. He was pronounced dead just after 9 p.m. 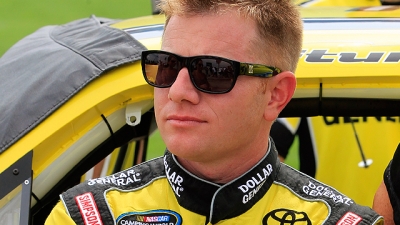 Leffler was running in second place in the first heat race of the program when the accident happened at the 0.625-mile, high-banked dirt oval track that calls itself the “Fastest Dirt Track in the East.” Average speeds reach well over 100 miles per hour at the track.

The Long Beach, Calif., native, who was known as “lefTurn” and had the nickname stenciled above his driver’s side window, leaves behind a 5-year-old son, Charlie.

Without a ride in NASCAR this year, Leffler had decided to return to his grass roots of open-wheel racing.

Leffler’s career included two Nationwide victories and one in trucks during his NASCAR career. He joined Joe Gibbs Racing full time in 2000, earning three poles and four top-10 finishes with the team, before moving to Chip Ganassi Racing and the Sprint Cup Series in 2001, where he won the pole for inaugural race at Kansas Speedway.

“NASCAR extends its thoughts, prayers and deepest sympathies to the family of Jason Leffler who passed away earlier this evening,” the organization said in a Twitter posting. “For more than a decade, Jason was a fierce competitor in our sport and he will be missed.”

Last Sunday, Leffler made his only NASCAR appearance of the season in the 400- mile Sprint Cup Series race at Pocono Raceway. He finished last, driving the No. 19 Toyota for Humphrey Smith Racing.

NASCAR’s Kyle Busch posted on his Twitter account: “Deeply saddened by the passing of @JasonLeffler tonight. Please keep his family in your thoughts and prayers.”

NASCAR driver Clint Bowyer tweeted: “So sad to hear about Jason Leffler. Was a wheel man and a fun fun person to be around.”