The U.S. Anti-Doping Agency (USADA) is expected to be commissioned to create testing and stiffer penalty programs for the American horse racing industry. The proposal is contained in the Horseracing Integrity and Safety Act, which is planned to be introduced to Congress next week.

Written by Senator Tom Udall, Democrat of New Mexico, and Representative Joe Pitts, Republican of Pennsylvania, the bill authorizes USADA to create a regulatory plan with meaningful penalties to clean up the sport.

Having consistently stated that “the overuse of medication endangers our equine and human athletes, threatens the integrity of our sport and erodes consumer  confidence in our game,” The Jockey Club, the breed Registry for thoroughbred horses in the United States, Canada and Puerto Rico, said in 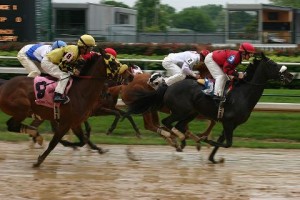 a statement on its  homepage: “We appreciate Congress’ continued interest in helping to safeguard the sport of horse racing. … We have not yet seen the proposed bill, but upon its release, we will review it and provide our comments to its authors. We note from the news accounts the inclusion in the proposed bill of the USADA, which has been widely praised for its anti-doping accomplishments in a variety of other sports.”

Speaking at The Jockey Club’s annual industry round table meeting, USADA’s chief executive, Travis Tygart, said: “We look forward to helping the industry clean itself up. We fully support, and have shown, that the independent model is the only truly effective way to regulate a sport.”

Tygart, who earned worldwide fame for his campaign to convict the seven-time Tour de France winner Lance Armstrong for doping, revealed his agency had an annual budget of $14 million to regulate and police Olympic, Pan American and Paralympic sports in the United States.

The horse racing industry estimates that a total of $35 million is already spent on integrity issues on a state-by-state basis — money that, according to testimony last year at Congressional hearings, has created an ineffective system in which trainers are not penalized for violations and horses are abused.

According to an article written by The New York Times, the bill will be introduced after a year in which racing has publicly wrestled with a drug culture that its officials concede is diminishing the sport. A New York Times investigation identified the nation’s most dangerous racetracks, showed how a pervasive drug culture put horses and riders at risk and found that 24 horses a week die at America’s tracks, a rate greater than in countries where drug use is severely restricted.

“The chronic abuse of race horses with painkillers and other drugs is dangerous and just plain wrong,” Udall said. “Racing groups have promised drug reform for decades, but this bill would bring in real standards and enforcement from an organization with a proven record for cleaning up sports.”