There is no question, absolutely none, that Tokyo could put on the Summer Games in 2020.

They have the technical know-how. They proved that and they’re certain to get a good write-up when the International Olympic Committee’s (IOC) Evaluation Commission releases its formal report in July.

“We have been hugely impressed by the quality of the bid preparations,” the head of the commission, Britain’s Sir Craig Reedie, told a jam-packed news conference recently, adding a moment later, “Across the board, it has been excellent in every way.” 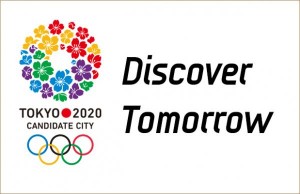 As always in Olympic bidding, for all the complexities, there are — to paraphrase Sebastian Coe, who championed London’s 2005 winning campaign and then served as London 2012 chairman — only two questions: how and why.

Having manifestly established the how, the challenge now facing Tokyo before the IOC vote Sept. 7 — Madrid and Istanbul are also in the 2020 race — is the why.

Can Tokyo craft a compelling story?

History shows they know what to do when they get big events in Japan. The 1998 Nagano Winter Games? The 2002 soccer World Cup, shared with Korea? The 2007 Osaka track and field world championships? All successes.

And yet recent years have also seen a profound disconnect in Japanese bids for the Olympics.

In 2009, Tokyo’s bid for 2016 — which scored high in the evaluation report — had to scrimp for votes to get out of the first round, just to save face. That helped knock out Chicago, which got a mere 18 votes in Round One. Tokyo then promptly went out in Round Two with just 20.

They decided after the 2011 earthquake and tsunami that ravaged northeastern Japan to bid for 2020. Next week will mark the two-year anniversary of the disaster.

“Tokyo does not face a big issue of radiation — that was explained,” said Tsunekazu Takeda, president of Tokyo 2020 and the Japanese Olympic Committee as well as the lone IOC member in Japan.

And saying that the water in Tokyo is clean enough to drink from the tap, which they made a point of doing to the evaluation commission — that’s not a story. That’s just normal.

So what is the story?

At a gala dinner one evening, Prime Minister Shinzo Abe started his remarks to the commission by saying, “Japan is an aging society; that’s why we hope Tokyo will be chosen.”

With all due respect to the prime minister, the IOC is relentlessly seeking to appeal to a younger demographic. How does his observation help?

During the wrap-up of the Tokyo 2020 news conference, they showcased bid officials and athletes, eight personalities in all. On stage, among others: Takeda; Masato Mizuno, the Tokyo 2020 chief executive and a JOC vice president; and Tokyo Gov. Naoki Inose.

There is a tendency here for sartorial conformity — a bid uniform that includes a blue suit and white shirt. That monochromatic vision calls to mind the image the Pyeongchang bid team put forward in 2007 for 2014. Note: that bid did not win.

It was only when Pyeongchang injected more verve and dash in its clothes and its presentations — and, not incidentally, switched almost entirely to speaking English, which the IOC moves mostly in now — that it rolled to a landslide victory in 2011 for 2018.

Already some of the more sophisticated souls working on the Tokyo team have recognized the danger in the parallels to Pyeongchang’s unsuccessful efforts — because, too, the IOC would have to be convinced to come back to Asia in the summer of 2020 after being in Korea in the winter of 2018.

There were blue shirts on stage this time, not just white. And grey suits, not just blue. And Gov. Inose started the conference by saying, “I have really enjoyed this week,” and he spoke in English.

To be plain, 2020 offers Tokyo a far better chance for victory than 2016. There are only three cities in this 2020 race, not four as in 2016. And there’s only one — Istanbul — that, like Rio, offers the IOC the expansionist strategy that has dominated recent bid contests.

Meanwhile, it’s plain the issues around which the 2020 race will turn are, first, whether the IOC wants to keep heading toward new shores and, second, whether it wants another huge urban makeover construction project.

The strategy here — and, in measure, in Madrid, too — has to go like this: Sochi, the 2014 Winter Games host, already is known to cost more than $50 billion. Work is still not done.

Rio de Janeiro, the 2016 Summer Games site, is so bedeviled by delays that the IOC has been saying, albeit in IOC code, to hurry up with a multiplicity of projects. Time “is of the essence,” the Brazilians were told when an IOC team was there just last month.

Istanbul’s construction budget weighs in at $19.2 billion, and history has shown that figures provided in bid books tend to be understatements.

In Tokyo, the venue plan calls for 28 of the 33 competition venues to be within five miles of the Olympic Village; the village would be built on reclaimed land in Tokyo Bay.

Though they have a $4.9 billion infrastructure budget, 40 percent of which will be directed for a make-over of the national stadium, they also have plenty in the bank. The money is just sitting there, the commission heard.

Japan has a $5.9 trillion economy, the world’s third-largest. Abe, moreover, has shown signs that he is willing to make market-opening changes that Japan has resisted for nearly 20 years. If Tokyo were itself a country, the commission was told, its economy alone would almost make the top 10 in the world.

Even the Tokyo polling numbers are up: 70 percent of locals want the Games, an IOC survey disclosed. That’s up from 47 percent last year.

Reflecting on the four days with the evaluation commission, the governor, still speaking in English, said, “I believe we have shown the best of Tokyo. All those assets that will underpin the smooth delivery of Tokyo 2020 — for example, our exceptional transport infrastructure, our cutting-edge technology and the very high levels of safety and security in Tokyo.”

That has the makings of a story: Tokyo as reliable, fun and interesting choice. Bring on the sushi. It just needs to be told, and votes asked for. Unclear — given history, personality and temperament — is whether it can be done.

The governor, as he was wrapping up the news conference, suddenly found himself telling roughly 1,000 journalists about the work of the former Harvard professor and political scientist Samuel Huntington, who died in 2008, and Huntington’s focus on the competing cultural identities in the world of perhaps seven or eight “civilizations.” Japan, as the governor noted, is one. “Because of the maturity of this civilization, we will have a situation where we can ‘discover tomorrow,’ ” Inose said, now in Japanese, slipping in the bid’s catchphrase. “By 2020, we can show that to the world by hosting the Games.”

In Tokyo, the risk is that the story — the why — keeps getting lost in translation. They have six months to try to figure it out.

This is the first of a three-part series looking at the 2020 Olympic bids of Tokyo, Madrid and Instanbul, which the International Olympic Committee is scheduled to select in September. Alan Abrahamson wrote the series that first appeared in the blog, The Sport Intern. The editor is Karl Heinz-Huba of Lorsch, Germany. He can be reached at ISMG@aol.com. The article is reprinted here with permission of Mr. Heinz-Huba.