State high school athletic associations are facing more scrutiny than ever before as more challenges to their role in regulating high school sports appear. In Georgia last week, the Georgia High school Association (GHSA) created a mini-firestorm when it refused to make an exception to its rule that prohibits schools from scheduling sporting events on Sundays or holidays, except in emergencies.

Colquitt County High School in South Georgia wanted to play a game on Labor Day in suburban Birmingham, Ala., against Alabama powerhouse Hoover High School. Colquitt County is coached by Rush Propst, who has taken the Packers to the quarterfinals or better in three of the four seasons he has been head football coach. Prior to coming to south Georgia, Propst had coached from 1999 to 2007 at Hoover High School. While there, he created a lot of publicity for the program when their 2005 and 2006 seasons were chronicles on the MTV reality series, “Two-A-Days.” 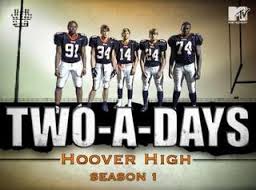 GHSA ruled last week that Colquitt County could not play the game on a holiday. It declined to define any kind of emergency that would justify a waiver of its rules. ESPN had been planning to feature the game on Labor Day. Many people have openly criticized the ruling body as being out of touch with modern culture.

The Alabama Legislature currently has a bill before it that would allow home schooled children to participate in extracurricular activities at public schools where they are zoned to attend. Many parents of home schooled children argue that they pay taxes to help support public education and their children need the opportunities that sports and other after-school activities offer to help round out their children’s educational experience.

Critics of the bill argue that it would allow children who do not have the same curriculum and eligibility standards to compete without fully paying the costs of a public school education. They also contend that it could lead to certain schools in more affluent districts being able to recruit home school families to move into their districts.

Meanwhile, there are bills in both houses of the state legislature in Florida that would significantly curtail the ability of the Florida High School Athletic Association (FHSAA) to oversee and regulate high school sports. HB 1179 and SB 1164 would sharply limit the powers of the state association to investigate possible student-athlete eligibility violations. It would strictly define steps the association must follow when checking on a student-athlete’s eligibility. The bills would make student-athletes eligible until the FHSAA could conclude an investigation and hold a hearing on all possible violations of transfer rules.

In addition, all FHSAA board members would be limited to one 3-year term. The organization itself would be eliminated after the 2016-2017 academic year in favor of a committee of some kind appointed by state legislators.

Currently in Florida, and almost every other state, if a student-athlete’s eligibility is called into question over grades or following a move to a different member school, there is a presumption of guilt and the burden is on the student-athlete and school to prove that he or she is in fact eligible to play sports that semester. The current rules are in place to prevent coaches and boosters from recruiting elite athletes. The rule also is designed to prohibit ambitious parents from shopping a child around to different schools.

If the Florida bills do pass the legislature and become law, many fear that high school sports will take on a “Wild West” kind of atmosphere. In Georgia, there have been numerous complaints about illegal recruiting of basketball players by a few elite programs in the Atlanta metro area. At Colquitt County before the 2011 season, Coach Propst hired a new defensive coordinator from north Georgia over the summer who just happened to be the father of a standout quarterback. The young man started the past two years for the Packers. After the 2012 season, his father moved back to north Georgia.

As money and opportunities for exposure for winning high school sports teams in football and basketball have increased, the pressure to find top talent has also increased. Many people feel that the only thing standing in the way of college-style recruiting in high school is the state associations and rules that were designed to promote fair competition and good sportsmanship.

There is intense pressure to win in a world where top high school football coaches are paid over $100,000 per year and receive extra benefits like leased vehicles and free cell phones courtesy of booster clubs. Old-school values may become a thing of the past. In Alabama, Hoover High School’s football teams have won seven state championships in the past 13 years and finished second on five other occasions. In Georgia, Milton High School near Atlanta has won four straight boys basketball state championships. Both programs have been accused of recruiting, and in fact, both programs have regularly benefited from players transferring in after family moves.

Welcome to the 21st Century. Winning may not be everything; but, it certainly seems like it is.