The rules of these Olympic bid contests do not allow the rival cities to compare and contrast each other’s campaigns. At least in public. But, you know, facts are facts.

So as the International Olympic Committee’s evaluation commission tour got underway in Madrid in the second of its three stops, here’s what they don’t dare say but is nonetheless obvious to observers.

There is more of the infrastructure for the Games already built and ready to go in Madrid, 80 percent, than there is popular support, 70 percent, for the Games in Tokyo. 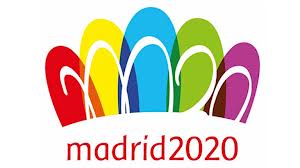 If these IOC campaigns were only, solely about such so-called “technical” merit, Madrid would be your slam-dunk winner. As they know full well here, though, this being Madrid’s third straight bid for the Games, there’s way more to it. The sports venues, hotels, roads, all of that — there has to be a story beyond bricks and mortar to win IOC votes.

And that is the part of the game where an entirely different set of numbers comes into play. Here the challenge is the economic crisis that has beset Spain. The unemployment rate hovers at 26 percent.

Fundamentally, Madrid’s bid presents the IOC with a fascinating proposition: Can a prudent, indeed fiscally responsible, bid that comes along at an important time in the Olympic movement’s history make its case?

“Madrid has already attempted to win the bid on two previous occasions and was not successful then,” said Prime Minister Mariano Rajoy. “But now we are convinced it can — so we are going to battle hard to win now.”

Madrid, Tokyo and Istanbul are the three candidates in this 2020 race. The IOC will pick the winner Sept. 7 at a vote in Buenos Aires. As in the other two cities, the IOCs stop here will take up four days.

Back once more to some numbers. Because, as the saying goes, numbers don’t lie.

Despite the recession, Spain’s second in three years, public support for the Olympics has trended remarkably high. An IOC poll conducted last year in Madrid and the surrounding area showed 78 percent support for the Games. Talk to the locals, Mayor Ana Botella urged while welcoming reporters to town: “They are the best asset.”

Botella, again, said at a news conference: “The funding of the infrastructure is fully guaranteed.”

Spain’s Sports Minister Miguel Cardenal, who was sitting next to her, added: “OK, it’s a large figure but in proportional terms it’s almost insignificant, and the economic benefits that are referred to in the comprehensive forecasts are reasonable and encouraging, too.”

In Olympic terms, $1.9 billion for all-in infrastructure needs to be appropriately understood. For comparison: the cost to rebuild the stadium alone in Tokyo is $1.9 billion. Their infrastructure estimate runs to about $4.9 billion — the Japanese stressing they have
the money sitting in the bank.

Madrid’s venues are indisputably world-class. On one afternoon, commission members kicked around soccer balls at the Santiago Bernabeu stadium, where Real Madrid plays. A novel turn to the 2020 bid would see the Las Ventas bullfighting ring, where the
2011 Davis Cup final was played, covered with a retractable roof, and turned into a 20,000-seat men’s and women’s basketball venue.

The IOC likes to talk a good game about asking host cities and countries not to spend egregiously. But in recent years it has all the same opted for major construction projects. See Beijing 2008, London 2012, Sochi 2014 and Rio 2016. If you factor in the predilection to try new destinations, you would also include PyeongChang 2018.

All this will have some inevitably suggesting it’s Istanbul’s time.

But there is only one hard and fast rule about trying to predict the IOC: it is entirely unpredictable.

And perhaps there are broader currents at work that indicate the time has come for the IOC to finally and fully pay attention to the Pound Report, the 2003 study it adopted wholly, that says prudence and fiscal accountability are actually sensible notions.

Rome, for instance, backed out of this very 2020 derby last year, saying it was too expensive. On March 3, voters in Switzerland turned down funding for a campaign for the 2022 Winter Games in St. Moritz and Davos. At issue was a study that said public money
should cover $1.06 billion of the projected shortfall from staging the Games. Recently, in Vienna, voters said no to a referendum to the city’s plans to bid for the 2028 Summer Games.

Another fact: within the IOC there will remain some measure of implacable opposition to Madrid’s plans, simply and bluntly because of the economic crisis. How, some members will rationalize, can you come here when the place seems to be under siege?

There didn’t seem to be any evidence of a siege mentality in Retiro Park in central Madrid, where they would play beach volleyball in 2020. The sun was out. So were bunches of young families with their strollers. And skateboarders, too.

There must be a reason.

This is the second of a three-part series looking at the 2020 Olympic bids of Tokyo, Madrid and Instanbul, which the International Olympic Committee is scheduled to select in September. Alan Abrahamson wrote the series that first appeared in the blog, The Sport Intern. The editor is Karl Heinz-Huba of Lorsch, Germany. He can be reached at ISMG@aol.com. The article is reprinted here with permission of Mr. Heinz-Huba.