Tuesday, April 9 is a significant day for the 4,000 or so players who have filed more than 200 concussion lawsuits against the National Football League (NFL). That is the day that U.S.District Court Judge Anita Brody will hear oral arguments from both sides on the NFL’s motion to dismiss the master complaint filed in the summer of 2012, when the cases were consolidated in the Eastern District of Pennsylvania.

The importance of this hearing cannot be overstated.

If the NFL wins on this motion then all plaintiffs will have to litigate their individual lawsuits on a case-by-case basis. This would likely mean that many cases would not come to trial for several years. Even if the NFL were to decide at some point to settle the cases, the cost to the league would be far less than what could potentially happen in one giant trial on a scale similar to the current BP litigation taking place in federal court in New Orleans over the Deepwater Horizon oil spill in the Gulf of Mexico.

Many legal experts believe that a victory for the league could save it at least a billion dollars. 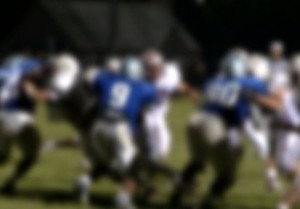 Judge Brody is not going to rule immediately. Given the magnitude of the legal issues at stake she might not issue a formal ruling for months. No matter what she does eventually decide, the losing party will almost certainly file an appeal, so this part of the litigation could drag on into 2015 before a final resolution.

The legal issue at stake here is really fairly simple. As is often the case in complex litigation, the key legal issue before Judge Brody really has nothing to do with the merits of the plaintiffs’ case. The key legal issue here involves a judicial determination of whether Section 301 of Labor Management Negotiation Act (found in Title 29, Chapter 7 of the U.S. Code) applies to this litigation.

The Labor Management Negotiation Act is much better known as the Taft-Hartley Act. It was passed by Congress in1947 in the aftermath of World War II to try and bring order to the often tumultuous process of negotiating labor contracts between unions and management.

The NFL contends that the issues raised in these concussion lawsuits really constitute a labor dispute under the league’s collective bargaining agreement. The league therefore contends that the solution to any disagreement over issues between management and labor must be dealt with through grievance procedures and arbitration. Section 301 would bar legal action because its language specifically bars courts from interpreting the terms of collective bargaining agreements bargained for in good faith.

The plaintiffs, of course, argue that this is nonsense. The claims brought by players involve issues totally outside of any collective bargaining agreement. They point out that in recent negotiations retired players have attempted to become involved in the negotiation process but have in fact been shut out by the NFL Players Union.

The judge could allow all claims to move forward in this consolidated litigation. She could bar all claims. She could rule that all claims based on negligence be barred but those claims alleging fraud on the part of the NFL be allowed to move forward. Finally, the judge could dismiss all claims from retired players except for those who played before the first collective bargaining agreement was reached in 1968 and during the period between 1988 and 1993 when there was no collective bargaining agreement in force.

Anyone looking for a nice, neat resolution similar to what happens on TV legal dramas is probably going to be disappointed. This litigation is going to be around for years in all likelihood. In fact, it is ultimately to the NFL’s advantage to stretch this litigation out as long as possible.