It’s college basketball’s March Madness and it seems that Rupert Murdoch’s phone-hacking problems in England are a thing of the past, at least as far as the presidents, chancellors, provosts, and trustees of a bunch of big-time basketball-playing colleges and universities known as “the Catholic 7” are concerned.

Murdoch’s News Corp. is about to endow hundreds of millions of dollars to DePaul, Georgetown, Marquette, Providence, Seton Hall, St. John’s, and Villanova, and at least three other to-be-named schools, believed to be Butler, Creighton and Xavier, in exchange for the cable-TV rights to regular-season basketball games played by the schools.

It seems the schools will gladly take Murdoch’s money—which might be about $3 million per school annually—and his cable-TV exposure. In return, they will give Murdoch programming and apparently not be put off by his company’s activities in England, which included the shuttering of News of the World, many of his employees’ being arrested for allegedly hacking into phones, top executives like his son James’ stepping down at the company, and payoffs to phone-hacking victims. 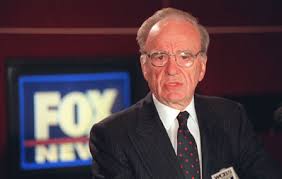 There is nothing pure about the business of college sports. Many college presidents, chancellors, provosts, and trustees are money-grubbing executives who care mostly about getting big dollars to maintain their programs. They know players are a dime a dozen, disposable and replaceable.

The big-time, sports-playing schools are annual multimillion-dollar businesses that are raking in television money at a historic level from people like Murdoch because there is public demand. But the money is not trickling down to the real stars of the show, the student-athletes. Without the student-athletes there is no show, but none of that Murdoch money will be given to the performers who, in the eyes of many—from chancellors to network executives to fans—should simply be grateful that they can play and get a scholarship to attend the school of their dreams, maybe get an education, and win one for the old alma mater, for the alumni, and for the boosters and assorted other hangers-on.

The Catholic 7 school basketball coaches may get bigger contracts, the schools will get more revenue, but the players will still be forced to abide by draconian rules that will, among other things, limit their ability to earn outside income. The players can earn just two grand a year from an outside job because the NCAA, the overseer of student-athlete rights, doesn’t want a booster to pay a star player big money at a no-show job.

The Catholic 7 and the NCAA “protect” student-athletes, but it’s the kind of protection that seems to protect schools far more than players. The term student-athlete was reportedly coined so schools would not be required to pay workman’s compensation to injured or killed-on-the-field players.

There seems to be a contradiction here. Murdoch is paying big money and college sports programs are proceeding as a business. March Madness brings hundreds of millions of dollars into big-time, college sports-playing schools. The athletes get nothing but a scholarship.

Murdoch, along with the Walt Disney Company, Comcast’s NBC Universal, and Sumner Redstone’s CBS, has the ability to pay big money because of the 1984 Cable TV Act, which created a basic expanded tier and allowed multiple systems operators to bundle cable channels and sell them as one to consumers. That seems to be a clear violation of the Sherman Antitrust Act under normal circumstances. What it means is that all who subscribe to basic expanded are paying for what few watch, a cable-TV version of socialism created by Congress and President Ronald Reagan.

Sports owners and colleges are using the Cable TV Act to fill their coffers. Cable TV rates are soaring because of sports. At least professional players are getting a cut of the cable money—college players get nothing.

Murdoch didn’t do the Catholic 7 deal himself. His FOX Sports Media Group, led by David Hill and his lieutenants, negotiated with the Catholic 7. Murdoch’s company orchestrated and facilitated the exit of the Catholic 7 from an entity that was originally set up for college basketball—the Big East.

The Catholic 7 will pay the remaining Big East schools an exit fee to leave the nest and will take the Big East name and the contract with New York’s Madison Square Garden to stage the conference’s annual basketball tournament with them. It is thought that Murdoch’s money will take care of that fee and the Garden lease over time.

Murdoch’s deal with the Catholic 7 college heads isn’t in writing yet, but that’s fine. You see, Murdoch doesn’t stiff anyone in sports because sports really put Murdoch on the American map. His acquisition of the rights to National Football League games in 1993 bolstered his struggling FOX over-the-air television syndication arm and netted him a number of more powerful TV stations in markets like Milwaukee and Detroit, which had been carrying CBS programming.

The success of the NFL programming allowed News Corp. to concentrate on buying and starting up regional sports cable-TV networks and creating the FOX News Channel. Before sports, Murdoch was just another guy pitching tabloid news in the United States with his New York Post and trying to establish an over-the-air TV network. The NFL programming gave Murdoch incredible muscle.

When Murdoch was in apparent trouble in the phone-hacking parliamentary hearing in 2012, his partners in sports, the National Football League, Major League Baseball, NASCAR, and the college presidents and conference commissioners were quiet, probably hoping that the Leveson Inquiry would go away and that the Murdoch cash machine would remain intact.

The money machine survived and is flourishing.

The Catholic 7 is just the latest group willing to do business with someone who under normal circumstances would be tarnished, but in sports there is an old axiom: “Show me the money.” And no matter how dastardly Murdoch may behave, his actions seem to be overlooked, just as Murdoch overlooks the foibles of college sports and the treatment of “student-athletes.”

After all, he provides “cash on the barrelhead” in exchange for a form of reality TV—college and professional sports.

Evan Weiner can be reached at evanjweiner@gmail.comThis e-mail address is being protected from spambots. You need JavaScript enabled to view it His e-book, “The Business and Politics of Sports, Second Edition” is available at www.bickley.com and Amazon.com and another e-book, America’s Passion: How a Coal Miner’s Game Became the NFL in the 20th Century is available at www.smashwords.com, iTunes, nook, kobo sony reader and Diesel.