A few years ago, a study suggested those taking moderate or large doses of vitamin E may be at greater risk of developing cardiovascular events such as heart attacks.

Now, new evidence is suggesting routine calcium supplementation may not be such a good idea either. This may be more true for men than women.

A study published in the American Medical Association’s Internal Medicine journal found an increased risk of cardiovascular events in men such as infarction, stroke or sudden cardiovascular death in those taking daily calcium supplements of 1000 mg/day (Xiao, et al., 2013). The increase in risk for females was not significant but there was a slight increase in risk for them as well. 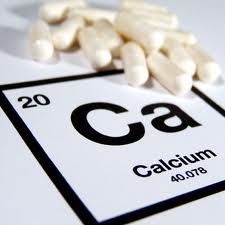 The study reported by Xiao was based on a review of data collected by the National Institutes for Health and AARP. However, it follows another study published in February of this year in the British Medical Journal (Michaëlsson, Melhus, Warensjö-Lemming, & Wolk, 2013) on long-term use of calcium supplements and all-cause mortality as well as cardiovascular mortality.

This was based on a population study as well, looking at women born from 1914-1948 over 19 years. Those taking 1400 mg/day were at risk for greater mortality compared to those taking 600-1000 mg/day. The specific risks were related to cardiovascular disease and ischemic heart disease but not stroke. In general, those taking the higher doses of calcium each day had twice the risk of mortality as those not taking calcium. Even at less than 600 mg/day, there were increases in risk.

Calcium is one of the most common nutritional supplements taken today. In the U.S. study about 50% of people in the sample said they took calcium in the past 30 days. While these are all population-based studies that do not establish scientific controls or compare two treatment groups, those self-selecting calcium supplementation appeared to be a greater risk.

Calcium can be obtained in foods such as green leafy vegetables. Those include kale, collards, spinach, broccoli, and other greens. Although dairy has calcium in it, the vegetable variety is easier to digest and assimilate and most dieticians would probably suggest that more can be derived from plants.

Since many people took the supplement for bone health it should be noted that regular weight-bearing exercise each day can also support stronger, healthier bone. The goal for exercise for all American’s is 150 minutes a week with added benefits coming at 300 or more minutes per week (United States Department of Health and Human Services, 2008).

The bottom line is this: get as much nutrition from a variety of natural food sources as possible and exercise for better bone and cardiovascular health. The pill in the bottle may have too much of a good thing and, in this case, that may increase risk rather than reduce it.

Dr. Will Evans, DC, PhD, MCHES, is the Academy’s Dean of Academic Affairs. He can be reached at mevans@ussa.edu.