The National Football League is searching for revenues beyond the traditional sources of media-rights fees, ticket sales and licensing, according to The Wall Street Journal.

The national business newspaper reports that the NFL is teaming up with private-equity firm Providence Equity Partners to find ventures the two entities can jointly invest in. 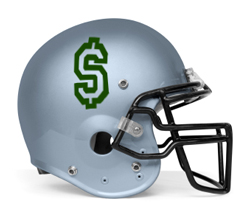 “While the NFL and Providence have yet to specify investments, they plan to have about $300 million available to invest in start-ups that work within sports, media and technology,” writes WSJ reporter Matthew Futterman, adding, “The NFL is flush with cash at the moment, having recently signed a series of TV deals worth more than $30 billion.”

However, those deals lock in payments that now account for about half of the league’s annual gross. With costs rising and ticket and luxury suite sales largely stagnant, the league has to look outside its own operations for additional growth.

Rhode Island-based Providence, acording to the WSJ, manages funds with about $28 billion in commitments. The company has made substantial investments in sports and media before. The company was an early investor in the YES Network, in which Rupert Murdoch’s News Corp. recently purchased a 49% stake in a transaction that valued the network at about $3 billion.