The National Football League (NFL) has announced a $100-million project with Harvard University to investigate the injuries associated with players in the league. The first of its kind, the study would essentially be a case-control study aimed at investigating the differences between former players who have suffered injuries and those who have remained relatively healthy throughout or after their years in the league.

This is a good investigative route for the NFL, since case-control studies pre-determine the “cases” or those who have been injured from their tenure in the game. It is also a good design for rare events or disorders. By nature, these elite athletes are relatively small in number compared to the larger U.S. population. It could take years to see cases develop if the NFL wanted to wait and see what develops from a study starting today. 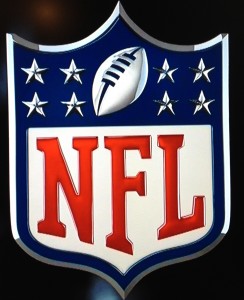 The new study will provide the opportunity for researchers at Harvard to examine different variables among these former elite players, selecting from among a larger group, some of which have current problems and some of which do not. For example, they may look at years in the league, position, size and weight (anthropometrics) of players, age of onset for a first injury or head injury, age of the player, race, team, medication or supplement use, coaches (some coaches may have encouraged more aggressive hits), and even strength and conditioning patterns. Any number of variables can be investigated to look at associations between player characteristics and risk or history of injury.

At 10 years, the study will allow the research team to not only net a large number of players who will follow through with the study, but they will perhaps see various ailments come to the surface that take years to develop, such as degenerative joint problems or dementia associated with traumatic head injury. Starting with an existing cohort of former players who are willing and perhaps anxious to participate is a good idea. While these types of designs do not show definite causation related to risk and injury, they should get a good idea about risk factors associated with the game—enough to potentially drive change in the prevention and treatment of these injuries in players. The NFL is doing the right thing, even if it falls in the category of “better late than never.”

Dr. Marion “Will” Evans is the Academy’s Dean of Academic Affairs and can be reached at mevans@ussa.edu.