The nine-member Commission, which will be chaired by Britain’s IOC vice-president Sir Craig Reedie, will visit Tokyo on March 4-7, Madrid on March 18-21 and Istanbul on March 24-27 before publishing an analysis of the strengths and weakness of each of the candidates. 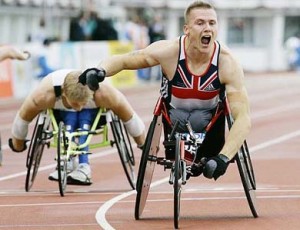 The report will play a major role in determining where the Games are staged when the IOC decides at its Buenos Aires Session on September 7, and Parsons (pictured top), who is the Brazilian Paralympic Committee (BPC) President and a senior IPC Governing Board member, said he would be looking closely at how each city plans to host an integrated Olympics and Paralympics.

“All three cities will know in getting to this stage of the process that the Olympic and Paralympic Games are now one integrated event and they have been for some time,” Parsons told insidethegames in an exclusive interview. “We cannot go back in time and change that so that is the way it is from now on. The two Games must be treated equally by the Organizing Committee and my expertise in the Paralympic Games is something that I think will be of value to the Commission. But we have so many experienced and knowledgeable Commission members and I am very much looking forward to working my fellow members and the three Candidate Cities in the run-up to next September’s election.”

As well as Parsons, Sir Craig’s Commission will include Guy Drut of France, Frankie Fredericks of Namibia, Nat Indrapana of Thailand, Claudia Bokel of Germany, Eduardo Palomo of El Salvador and Pat McQuaid of Ireland, with IOC executive director Gilbert Felli of Switzerland completing the group.

The Commission will be joined IOC sports director Christophe Dubi and IOC head of bid city relations Jacqueline Barrett, as well as a number of expert advisors who have yet to be appointed.

Parsons added that he was delighted to be appointed to the Commission and revealed he was particularly excited to be working with Sir Craig, the former British Olympic Association (BOA) chairman who played a major role in bringing the 2012 Olympics and Paralympics to London.

“Being appointed to the Evaluation Commission for the 2020 Olympic and Paralympic Games is a huge honour for me and I am very proud,” he said.

“To be in a Commission that will be led by Sir Craig Reedie is a particularly big honour as he is a man of great standing and great experience.

“I know that his experience will be very important in guiding all of the members of the Commission because it is a very important job that we have in evaluating Istanbul, Madrid and Tokyo.”

Contact the writer of this story at tom.degun@insidethegames.biz.  Inside the Games is a blog of the London Organizing Committee for the recent London Olympics and Paralympics.  This article is reprinted here with permission of the publishers.