The Italian race walker Alex Scharzer, defending 50K Olympics champion, admitted to doping just a couple of days before the London Games began and was removed from Italy’s Olympic team.

2004 U.S. Olympian, Tyler Hamilton, who won a gold medal in the men’s road race, admitted during this year’s London Games that he was using illegal substances during the 2004 Olympics.  The IOC has stripped him of his gold medal and adjusted the official order of finish for that race.

During the first week of the London Games there was considerable controversy after the stunning performances of Chinese women’s swimmer, Li Shiwen. Various media outlets ran stories reporting suspicions that she was guilty of using some kind of performance enhancing techniques to achieve her success.

The winner of the men’s road race held on the first Saturday of the Olympics was Alexandr Vinokourov of Kazakhstan. Vinokourov had been banned for two years by international cycling federation back in 2007 for doping. 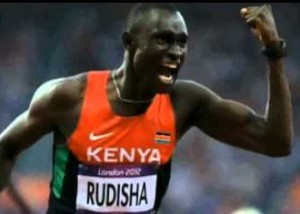 The stories noted above have pushed their way onto the world stage during the past two weeks.  The organizers of London 2012 have boasted that these Games will see the most thorough drug testing program in history. All medal winners at the London Olympics have faced drug testing following their final performances. Athletes have complained of having to spend up to three hours in a testing center after the competition.

During the current London Games reports have circulated raising questions not only about the 15-year-old Chinese swimmer; but about Jamaican runners following their sweep of all medals in the men’s 200-meter race (Jamaican runners finished 1-2 in the 100-meter race, as well).  Questions have quietly been raised about Nigel Amos, the 18-year-old Kenyan male runner who won the 800-meter gold medal and set a world record of 1:40.91 in doing so.

Victor Conte, the founder of BALCO Laboratories who was caught up in a doping scandal a few years ago, has reportedly been Tweeting during the Olympics about the limitations of the urine testing being conducted at these Games.  Conte has alleged that an EPO injection (blood doping) can be undetectable in less than 24 hours and that Testosterone creams and gels (remember Barry Bonds?) can be administered and an athlete’s allowable testosterone levels can be back in the normal range within 4 ½ hours.

Carl Lewis, the U.S. Olympic runner and long jumper whose accomplishments Jamaican runner Usain Bolt has surpassed in these Olympics, has commented that Jamaica has no random drug screening policy and that its athletes can go months without being tested.

All of this criticism has inevitably sparked a backlash. Many athletes and commentators have pointed out that the criticism and allegations about doping seem to be directed almost exclusively at athletes from developing or third world countries. The implication is that no athlete from Africa or from a country like Kazakhstan can possibly win at the world level without cheating.

The Olympic Games are ideally a time for the world to come together in a spirit of fraternal competition, a 17-day period when political, ethnic and religious differences can be put aside. Instead, we see a constant focus on cheating by doping.  We read articles about the treatment of women athletes in Islamic countries. The British press looks at the facilities prepared for these Games and criticizes the lack of money spent on community and school sports. People focus on the medal race among nations and how the number of medals won is somehow a reflection on the success of that country’s political and economic system (Through Aug. 9 the U.S. led with 90 total medals to China’s 80.  Russia was in third place with Great Britain and Germany next in line).

Olympic Games do not take place in a void. Political and religious differences do not disappear for the duration of the Games. Some people (and countries) will cheat to win, if they calculate the chances of getting caught are slim. Human nature is often not pretty.

All of us run the risk of over-emphasizing the importance of the Olympics. The competition is great spectacle. We should marvel at the things we watch in person or on television. We need to remember, however, that winning medals does not in itself provide evidence of one country’s superiority over another. The win in the men’s 800 by Nigel Amos does not signify that Kenya has somehow moved beyond its status as a country where the bulk of its citizens live in abject poverty. China’s success in winning medals does not provide evidence of how great and wonderful the often repressive Chines government is. After these Games end, the repression of individual civil liberties by the Chinese government will continue.

The Olympic Games are a DIVERSION, nothing more and nothing less. We should enjoy the competition and the compelling personal stories of many of the athletes. Meanwhile, we should remember that when these Games end the real world moves on.

Greg Tyler is the Library Director/Archivist at the United States Sports Academy. He also is the editor of the Digest and teaches sports law classes at the Academy. He is concerned about the problems of substance abuse and their impacts on intercollegiate sports.