Nearly 1 in 4 American adolescents may be on the verge of developing Type 2 diabetes or could already be diabetic, representing a sharp increase in the disease’s prevalence among children ages 12 to 19 since a decade ago, when it was estimated that fewer than 1 in 10 were at risk for or had diabetes, a new study reports.

What worries researchers are recent studies that have found diabetes progresses more rapidly in children and teenagers than it does in adults and is harder to treat.

The New York Times ran a major story analyzing this problem in its May 24 edition.  That story was in turn based on a major study recently published in the journal, Pediatrics. 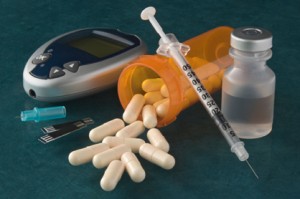 While that study confirmed that teenage obesity and overweight rates had leveled off in recent years and that teenage rates of high blood pressure and high cholesterol had not changed greatly, it found that the percentage of teenagers testing positive for diabetes and pre-diabetes had nearly tripled to 23 percent in 2007-8 from 9 percent in 1999-2000.

It should be noted that the tests the study was based upon only involved a single fasting blood glucose test for each participant.  Those tests could be unreliable if the adolescents tested had not fasted for at least 8 hours prior to the blood test.  It also must be noted that many of the children in this study were going through puberty, a process which induces insulin resistance and results in higher blood glucose scores.

Still, experts and doctors who treat young diabetics said the trend over the past decade was troubling. They were not entirely able to explain why diabetes and pre-diabetes rates had continued to rise while obesity held steady, but they said it may have taken time for the disease to “catch up” with teenagers who were overweight or sedentary as children.

There are other factors that could also play a role in the test result.   The increasing use of computers, video games and mobile devices has caused young people to be less active than previous generations were.  The percentage of blacks and Hispanics in the population may also be a factor because those groups have higher rates of diagnosed diabetes than non-Hispanic whites.

The new study, which included 3,383 participants in different studies over the decade, found that even teenagers of normal weight had risk factors for heart disease, including pre-diabetes.

Two-thirds of American adolescents ages 12 to 19 are of normal weight, 16 percent are overweight, and another 18 percent are obese; the percentages stayed fairly constant between 1999 and 2008. Sixty percent of those who were found to be obese during the 1999-2008 study, half of the overweight adolescents and 37 percent of the normal weight adolescents had at least one risk factor for heart disease, such as high blood pressure or high cholesterol.

This recent study was based on studies of 3,383 adolescents over the period between 1998 and 2008.  Its findings provide one more piece of evidence that suggests that in the next 30 to 40 years the adult population in the U.S. may be less healthy, have more incidents of disease, and perhaps even have a shorter life expectancy than any recent generation dating back to early in the 20th century.

Can it be true that we are raising a generation that as a whole will become overweight, out-of-shape and disease prone adults?  If this is true, what will the implications be for the U.S. economy over the next half century?

Health and Nutrition are major areas of study at the United States Sports Academy.  To find out more, go to http://ussa.edu.