The British Olympic Association’s (BOA) controversial doping bylaw is illegal and must be scrapped, the Court of Arbitration for Sport (CAS) officially announced this week.

The order to drop a rule introduced in 1992, reported first on insidethegames, leaves the way clear for convicted drug cheats like sprinter Dwain Chambers and cyclist David Millar to be selected to represent Britain at London 2012. 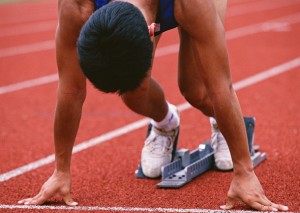 “The CAS Panel has ruled that the BOA bye-law [sic] related to the selection of British athletes for the Olympic Games was not in compliance with the World Anti-doping Code,” a statement on the CAS website said.

It followed a CAS decision last October that the IOC’s controversial Rule 45—or “Osaka Rule”—banning convicted drugs cheats from future Games was illegal.

That decision by the three-man panel was almost inevitable following the appeal last October from the USOC over the exclusion of defending Olympic 400-meters champion LaShawn Merritt.

“The [BOA] Bye-Law [sic] is a doping sanction and is therefore not in compliance with the WADA Code,” the CAS judgment said.

“The CAS confirms the view of the WADA Foundation Board as indicated in its decision.

“Therefore, the appeal of BOA is rejected, and the decision of the WADA Foundation Board is confirmed.”

The decision was welcomed by John Fahey, the President of WADA, who also criticized the campaign to keep the bylaw run by BOA chairman Colin Moynihan.

“The WADA decision was taken only after the full deliberation and consideration of independent legal advice and WADA regrets the many hysterical and inaccurate public statements from the BOA in the course of challenging the WADA decision,” he said.

“WADA has spent the last decade harmonizing the fight against doping in sport across the world by creating one set of rules in consultation and in accordance with the wishes of all its stakeholders, both sport and Government.

“In order to achieve this harmonization, the rules have had to be proportionate and respectful of the rights of individuals within the framework of international law,” Moynihan added. “They are not based on emotive arguments or the wishes of any one signatory or individual.”

Contact the writer of this story at duncan.mackay@insidethegames.biz .  Inside the Games is an online blog published by the British Olympic Association, the group responsible for planning for the upcoming Summer Olympics.  This story is reprinted here with permission.