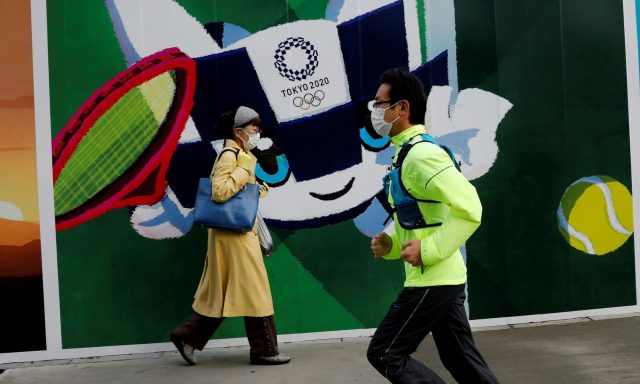 Group of Seven (G7) leaders have once again offered their support for the Tokyo 2020 Olympics taking place as planned.

The G7 – an alliance formed of the United Kingdom, United States, France, Germany, Italy, Canada and Olympic hosts Japan – has been holding an in-person leaders’ summit in Cornwall in the UK over recent days.

G7 leaders “reiterate our support for the holding of the Olympic and Paralympic Games Tokyo 2020 in a safe and secure manner as a symbol of global unity in overcoming COVID-19”, read an official communique.

The Olympic Opening Ceremony is due to take place on July 23, despite Tokyo being under a state of emergency because of the coronavirus pandemic.

“We thank the G7 leaders for their support,” said Bach.

“We take this as a great encouragement to deliver safe and secure Olympic and Paralympic Games Tokyo 2020 for everybody in this spirit of worldwide solidarity.”

COVID-19 was one of the main topics on the agenda of the G7 summit, along with the climate crisis, economic recovery and foreign policy.

During the gathering, US President Joe Biden set aside time for discussions with Japanese Prime Minister Yoshihide Suga, during which Biden also underlined American support for the Games going ahead.

“President Biden affirmed his support for the Tokyo Olympic Games moving forward with all public health measures necessary to protect athletes, staff and spectators”, according to the White House.

Biden, like Suga is a septuagenarian, is also said to have expressed pride over US athletes “who have trained for the Tokyo Games and will be competing in the best traditions of the Olympic spirit.”

Discussions between Suga and Biden came days after the US removed advice warning citizens against travel to Japan.

While overseas fans will be barred from Tokyo 2020, it is nonetheless a boost that the host country of the Games is no longer one American citizens are being warned against visiting.

A decision on whether or not Japanese spectators will be able to attend events is expected to be made at the end of this month, while the next seven days should see final versions of the playbooks which outline coronavirus countermeasures stakeholders are expected to adhere to during the event published.

More than 80 per cent of athletes set to compete at the Games have either been vaccinated against COVID-19 or are “in the process” of being inoculated, according to the latest IOC estimate.