Martial arts within the United States is one of the largest markets for youth and adult extracurricular activities. No matter where you live, it is likely that a martial arts academy is accessible to you. Martial arts offers many valuable and unique tenets to help with focus, strength, perseverance, self-defense, and confidence, which contribute to overall moral character and behavior.

As a 4th degree black belt in Taekwondo and former Instructor and academy owner, I have found myself in many situations where students of martial arts cannot describe their art correctly and often use incorrect terminology to describe what they practice. The fact that they cannot distinguish one martial art from another indicates that either they have not been taught correctly or that they just didn’t pay attention during their instruction. One of the benefits of practicing martial arts is that it is infused with the cultural from which it originated. Karate, Taekwondo, Jiu Jitsu, Muay Thai, Kung-fu, Krav Maga, and Tai Chi are a few of America’s favorites. However, many of the cultural elements have gotten lost in the for-profit business culture that has overwhelmingly swept through the nation. Many students attain high ranks within a discipline without even knowing proper terminology or historical elements that define and cultivate the unique traditions of each style.

A common mistake is referring to all martial arts as “Karate,” the place of training as “Dojo,” instructors as “Sensei,” and uniforms as “Gi.” These are Japanese terms that are associated with Karate only. Students of Taekwondo should know that they practice a style of traditional Korean martial arts and therefore should use the proper Korean terminology. Taekwondo students should refer to their place of training as “Dojang,” uniforms as “Dobok,” instructors as “Sabeum.” Counting and commands within the training facility should also be reflective of the proper cultural language of the art. Most martial arts originate from languages other than English, so it is important to learn from an instructor who has also studied the language, since most transliterations differ from person to person. Blackbelt Wiki offers a listing of common marital arts terminologies.

The culture and history behind a martial art is one of the things that makes it unique and each has an advantage that should be known and highly regarded by individuals practicing the art. Students of martial arts should have pride in their style and preference of art and taking the time to learn history and culture will strengthen the student as well as connect them to the values that each discipline is built upon. Students who take time to reflect of the core values of the art they practice will be much more successful in our global society. 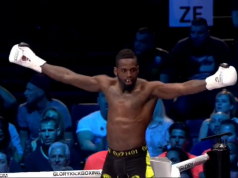