Lisa Leslie, who had a Hall of Fame career in the WNBA was named the Coach of the Year in the BIG3 Professional Basketball League. The BIG3 League is filled with former NBA players who still have a desire to play professional basketball. Many of the coaches for the BIG3 League are former NBA or WNBA players such as Gary Payton, Julius Erving, Charles Oakley, George Gervin, Kenyon Martin, Rick Barry, and the list goes on.

Lisa Leslie is the second consecutive female to win Coach of the Year. Nancy Lieberman took home the honors last season and led her team to a championship victory. Leslie has the same opportunity in front of her as her team, the Triplets will play in the BIG3 Championship Game on Sunday, September 1 in Los Angeles.

Leslie’s team has a great chance of winning due to the magnificent play of former NBA player Joe Johnson. Johnson was named the league’s Most Valuable Player this year, leading the league in points and assists.

Being that two consecutive females have won Coach of the Year in a league dominated by male players, hopefully people begin to realize that women are just as good of coaches as men, if not better. Just as men have the opportunity to coach in female sports, women should have more opportunities to coach in male sports. Hopefully this is a trend that continues to happen in all levels of sport.

Dr. Brandon Spradley is the chair of sports management at the United States Sports Academy. 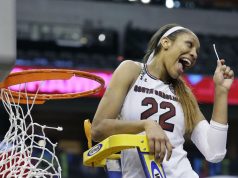 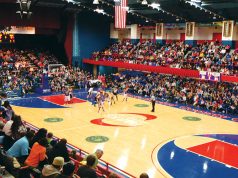