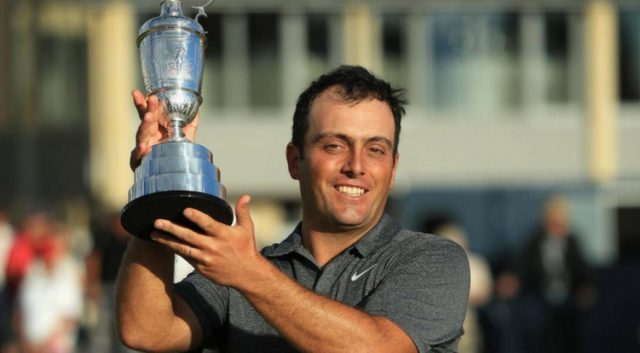 Francesco Molinari became the first Italian ever to win a major championship on the strength of a final round of steady golf Sunday at The Open, besting a field of the game’s greats who remained within shooting distance until the very end.

Molinari handled Scotland’s windy Carnoustie course to fire an 8-under 276 for the tournament, with four golfers finishing tied for second just two strokes back at 6 under. Molinari, playing with Tiger Woods, was a runner up at the PGA Championship last year and now has broken through as a major champion.

The Open provided plenty of high drama before the Italian finally was able to hoist the Claret Jug.  Here are a few highlights: