The overall number one national seed Oregon State has to be the odds on favorite to possibly win the CWS. They enter the tournament at 54-4 with sweeps in both the regional and super regional. With the number two seed, University of North Carolina, being upset by Davidson in their regional, the number three national seed Florida Gators, fellow SEC rival, and number four national seed LSU Tigers should via for the title as well. The team that will be playing on emotions will be the Florida State Seminoles. Their head coach, Mike Martin has been there for 38 years, been to 16 CWS, has 1,898 wins, but has never won a National Title.

All the action will begin Saturday (6/17/2017) at 2:00 PM CST with the CSU Fullerton Titans playing the #1 seed Oregon State Beavers. Two games a day will be played from June 17 – 24. The two winners of each bracket will begin a three game series starting Monday, June 26. The first team to win two of the three games will be crowned the NCAA Division I National Champion for baseball. Regardless of who you will be rooting for at the CWS is sure to be an exciting week of college baseball.

Dr. Simmermacher is the Chair of Sports Coaching at the United States Sports Academy, and can be reached at bsimmer@ussa.edu.

Nightengale: MLB Renders Verdict on Heimlich, but is it a Life Sentence? 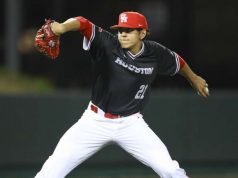