The United States Sports Academy has announced its Athlete of the Month ballot for February and public voting is in progress. Following the selection committee’s meeting, 12 candidates – six male and six female – from eight countries comprise the list. 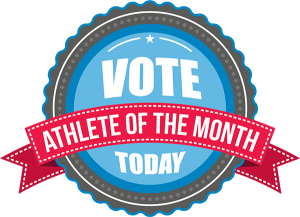 Everyone is encouraged to cast a vote on the Academy’s website at www.ussa.edu and have friends do the same. The full ballot is listed along with bios of what each athlete accomplished during the month. Voting will continue until 5 p.m. Central time on Thursday, 9 March 2017.

The Athlete of the Year Award is part of the United States Sports Academy’s Awards of Sport program, which each year serves as “A Tribute to the Artist and the Athlete.” The Academy presents the awards to pay tribute to those who have made significant contributions to sport, in categories as diverse as the artist and the athlete in several different arenas of sport.

The awards honor exemplary achievement in coaching, all-around athletic performance, courage, humanitarian activity, fitness, and media, among others. The Academy’s American Sport Art Museum and Archives (ASAMA) annually recognizes these men and women through its Sport Artist of the Year, Honorary Doctorates, Distinguished Service Awards, Medallion Series, Outstanding Athletes, and Alumni of the Year awards. This is the 33rd year of the Academy’s Awards of Sport program.

Founded in 1984, ASAMA is dedicated to the preservation of sports art, history, and literature. The ASAMA collection is composed of nearly 2,000 works of sport art across a variety of media, including paintings, sculptures, assemblages, prints and photographs. The museum is open free to the public from 9 a.m. to 4 p.m. weekdays. For more information, go to www.asama.org.

Vote Now for Academy September Athletes of the Month