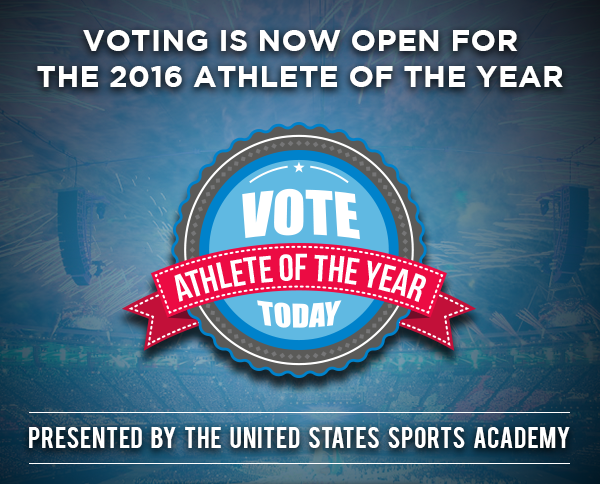 Public voting is now open for the United States Sports Academy’s coveted 2016 Athlete of the Year Award, a part of the Academy’s Awards of Sport program that annually recognizes the top male and female athletes in the world.

The ballot, now available for online voting, is the culmination of the Academy’s yearlong selection process through which outstanding accomplishments of men and women in sports from around the globe are recognized. Everyone is encouraged to cast a vote on the Academy’s website at www.ussa.edu and suggest to friends to vote as well. Voting runs through 5 p.m. Central time on Friday, 13 January 2017.

Each month, the public is invited to participate in the Academy’s worldwide Athlete of the Month program by nominating athletes and then voting online during the first week of every month. The online votes are used to guide the Academy selection committee in choosing the male and female monthly winners, who then become eligible for selection to the prestigious Athlete of the Year ballot. 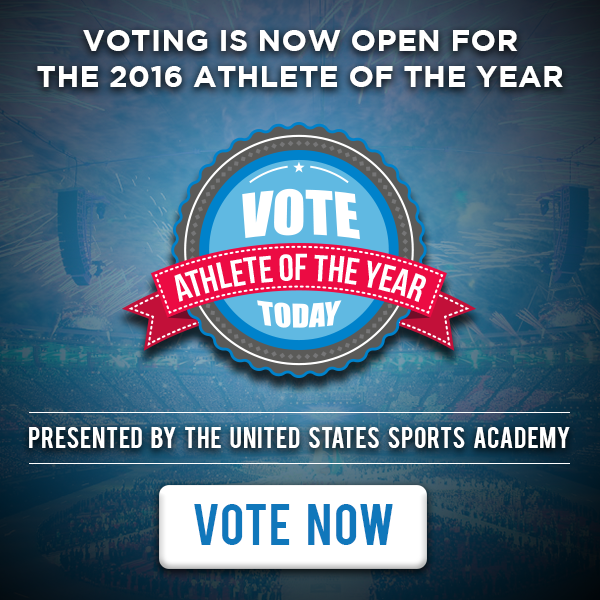 Due to the resounding success of numerous athletes at the 2016 Rio Olympic Games, this year’s ballot has been expanded to include 14 men and 14 women from nine countries representing a wide variety of athletic accomplishment.

The Athlete of the Year Award is part of the United States Sports Academy’s Awards of Sport program, which each year serves as “A Tribute to the Artist and the Athlete.” The Academy presents the awards to pay tribute to those who have made significant contributions to sport, in categories as diverse as the artist and the athlete in several different arenas of sport. The awards honor exemplary achievement in coaching, all-around athletic performance, courage, humanitarian activity, fitness, and media, among others. The Academy’s American Sport Art Museum and Archives (ASAMA) annually recognizes these men and women through its Sport Artist of the Year, Honorary Doctorates, Distinguished Service Awards, Medallion Series, Outstanding Athletes, and Alumni of the Year awards. This is the 32nd year of the Academy’s Awards of Sport program.

Founded in 1984, ASAMA is dedicated to the preservation of sports art, history, and literature. The ASAMA collection is composed of nearly 2,000 works of sport art across a variety of media, including paintings, sculptures, assemblages, prints and photographs. The museum is open free to the public from 9 a.m. to 4 p.m. weekdays. For more information, go to www.asama.org.