Who could ever forget the Big 3? For those of us who grew up watching golf in the 60s, it was Palmer, Player, and Nicklaus – the Big 3. It appears that we have seen them hitting tee shots together for the last time; as Arnold Palmer, the King, announced yesterday that he will no longer participate as an Honorary Starter for the Masters.

Palmer brought the game of golf to the masses. No longer did you have to be a rich country club kid to be successful. “His humble background and plain-spoken popularity helped change the perception of golf as an elite, upper-class pastime to a more democratic sport accessible to middle and working classes” (Reilly, 2013).

There have been better golfers than Arnie, but he will always be the King. He won seven majors, which is tied for 7th on the all-time list; nobody would argue that he was a better player than Jack Nicklaus or Tiger Woods. However, Jack with his 18 majors is NOT the King. In addition, Tiger with his 14 majors is NOT the King. Since the mid-1950s there has been only one King – Arnold Palmer.

How great would it be to see him hitch up his pants one more time, go for the green when everyone else would lay up, and bring “Arnie’s Army” to delirium when he makes the shot? Arnie will be on the First Tee on Thursday morning at this year’s Masters, but he will not be hitting the ceremonial tee shot. Augusta National nor the world of golf will ever be the same.

Stephen L. Butler, Ed.D. is the Dean of Academic Affairs at the United States Sports Academy and the host of the Academy’s weekly Sports Talk program. He can be reached at sbutler@ussa.edu 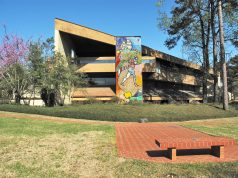