St. Louis Blues are one of the only teams in sports history to never have won a championship in their almost 50 years of existence in the NHL since starting in 1967.  The Blues are the most storied NHL franchise never to win a Stanley Cup and are long overdue to win a Championship along with the Chicago Cubs in baseball.  The Blues were part of the 1967 NHL franchise expansion and one of six teams known as the Expansion Six.  The Blues went to the Stanley Cup Finals in their first three seasons (1967, 1968, 1969-1970), but were swept in all three series.

In future Sport Digest articles, I will attempt to rank the best St. Louis Blues forwards, defensemen, goalies, and coaches.  This is not a complete list and players are not ranked in order but the list does include most of the St. Louis Blues greats from their past history. 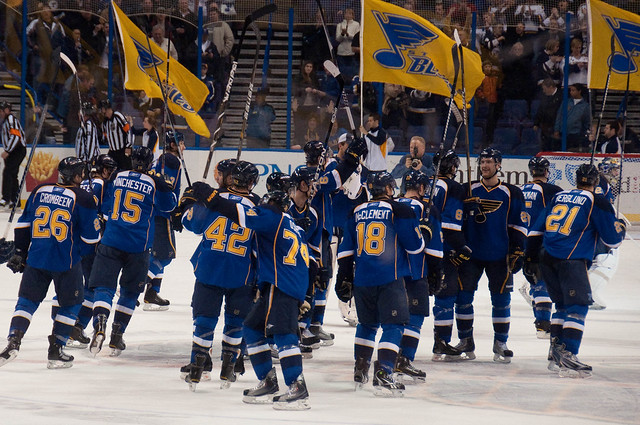 Photo with permission from Dave Herholz

Dr.  Michael Fredrick is Associate Professor, Chair of Sport Studies at USSA and a native of St.  Louis, Missouri. He can be reached at mfredrick@ussa.edu