Don Porter has served as president of the International Softball Federation (ISF) since 1987, and has been re-elected five times since then. Prior to that he served as the first Secretary-General of the ISF in 1965.

Softball has a joint bid with baseball to be included in the 2020 Olympic Games. Their bid survived the cut at the SportAccord Convention in May and they will compete against wrestling and squash for Olympic recognition in September.

Porter, who has served on the United States Sports Academy’s Board of Visitors, has also served as the first secretary general of the World Games and he currently chairs SportAccord’s (formerly GAISF) “Sporting Goods To Go” (SGTG) program and SportAccord 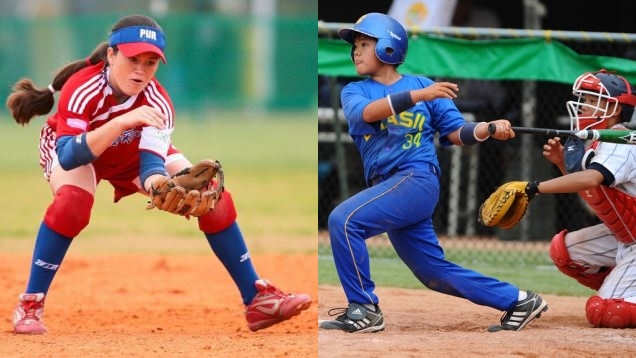 When did you join ISF and what was your biggest challenge when you walked through the door?

I joined the ISF back in the early 1960s when the federation was first being formed to develop softball internationally. So I’ve been involved for quite some time and really I have had an opportunity to see our sport grow from a recreation playground sport in the USA, to a worldwide, global sport. I am very pleased to be involved in that aspect of our game.

I was elected as president in 1987 and the sport has developed very well. It has expanded from about 30-40 countries at that time to up to 80-85.

Softball has merged with baseball to bid for the 2020 Olympics. You are still in the running after the SportAccord Convention, how happy are you with the outcome and are you confident?

We are very excited and overwhelmed at the process at the SportAccord Convention. You never know what the result might be until you hear. Our whole team who were there for the presentations to the IOC Executive Board were all very emotional and I think that can be said for all the other sports. We look forward now to a new campaign and we are cautiously optimistic about it. We have a tough road ahead with two really good sports in wrestling and squash competing against us. We have really got to work hard and we will make every effort to get our sport back onto the Olympic program.

What part of the bid do you think particularly impressed the IOC?

Overall it was the idea that the two sports coming together as one, with two disciplines and the opportunity to really show some added value that we can bring to the Olympics. Professional baseball brings a strong commercial side and there is also the ability to bring women into the Games. There are a number of things that we think represent a good case to bring baseball and softball back into the Olympic program.

Those aspects you mentioned, do you think you have that more than wrestling and squash?

I would not say we have it more so as those sports have their own opportunities to develop what they are going to present and I think we are all trying to convince the majority of the IOC members that we should be back in the Olympics.

How important is it for the sport to be in the Olympics?

It is very important because we want to continue to develop our sports in a lot of countries. There are still a lot of countries where baseball/softball aren’t played. We want to open doors and get young people, girls and boys, to be able to learn and play our sport. The opportunity is there but especially if you are in the Olympics. We are excited about the opportunity.

Would the two sports stay merged if you are not successful in September? Is there a plan in place if you do not receive the answer you are looking for?

We are going to continue to work together because we think that is the best way forward for the two disciplines. We are not going to give up and we still have a lot of things we want to achieve. Like I said there are a lot of countries we want to open up to and give their young children a chance to play our sport. But it does help if you have Olympic recognition because it opens doors that you wouldn’t have if you are not in the Olympics.

If you are successful, what is the vision for the sport in 2020? How will it be different to the separate baseball & softball events at Beijing 2008?

It will be a lot different. We have already made changes and we will continue to make changes in both disciplines that will make them more interesting and attractive, both to the spectator and the media. We are going to make sure the timings of the two games fit in the window for television and we have some ideas on changes that will make our sport really attractive from several different stand points. We have been and will continue to work on these to improve our sports.

What’s next for the bid? How will you push on to the decision date in September?

We are getting our team from SportAccord back together shortly and we will bring all the members of the World Baseball and Softball Confederation (WBSC) together to get any suggestions and ideas and find the way that is going to get the IOC’s attention. We have a very strong and positive bid and I think it will bring real added value to the Olympic program.

You are also the co-president of the WBSC. Was that solely formed for the 2020 bid?

For several years after we were dropped from the Olympic program, we began to assess the best way of getting back into the Olympics. We felt that working together would give us more opportunities and the resources that are needed to do that. There will be a lot of support from the professional leagues, not only Major League Baseball (MLB) but the ones in China, Japan, Korea, Mexico and all the professional leagues. We think that will open the door to the commercial side that will help us promote and develop our sport.

You’ve had popular figures like Jennie Finch backing the bid. How important is it to have well-known athletes support you?

It is very important. Jennie is a great representative of softball and we have many fine female athletes. They have just concluded the College Women’s World Series in Oklahoma City which brings together all the great college teams in the U.S. which have many foreign players as well. We have a lot of athletes who are doing commentary on television and that shows they are really good as athletes and as professionals. We just had a meeting with a number of our athletes and they are very solidly behind our bid. We are going to continue that effort and try to get the attention we need to be successful in September.

You had the ISF Men’s World Championship in New Zealand this year, which marked the third time the event had been in the country. How important is New Zealand as a market for you and what countries and continents do you want to expand to?

The Men’s World Championship in Auckland was very successful. We had great attendances and competition and we are very pleased with it. We will continue to have men’s softball in our sport as we go along. Our Junior Women’s competition is coming up next month in Canada and then the World Games and World Masters Games so we have a number of events to look forward to this year.

New Zealand has always been very involved, not only competitively but by providing leadership in our sport. They have been very successful in both men and women’s softball and we continue to rely on them, especially in hosting events. They always do an excellent job in organizing and hosting a lot of our championships.

2014 sees the Women’s event head to the Netherlands, which is the first time either men’s or women’s world championship has been staged in Europe. Is Europe a big challenge for softball?

We are really excited about that. It is the first time we have had the senior women’s championship in Europe, we had a junior championship in the Netherlands in 2006 but this is the first time for the seniors. Europe is a big challenge and that is why we want to see more events in that part of the world. We have over 35 national federations in Europe and they are working really hard to make the sport competitive. We are even working for indoor softball, or what we call arena softball, to be played in a number of locations in Europe and Asia to allow Muslim female athletes play the sport.

Is that quite a ground-breaking move?

It really is. We have got them playing in Iran, Pakistan and Iraq and we want to make the opportunity wider for Muslim women to play sport. We understand there are some issues with public participation and we want to find ways that will enable them to play. We think that arena softball may just be it and we are excited about that.

What sort of time frame do you have on this?

We are in contact with a number of National Olympic Committees, showing them the opportunity. With arena softball we can use a number of different facilities, especially when there are no outdoor facilities or weather issues in certain countries. It allows us to expand our sport from the outdoor version to indoor and we see that as something that will develop our sport, not only in the Middle East, but in other parts of the world too.

How difficult is it for sports like Softball to compete with American Football and basketball for broadcast hours?

It is difficult because there is only so much time. This past week though all the games from our College Women’s World Series were televised on ESPN, which is very exciting. In July we are going to have the World Cup of softball, again in Oklahoma City and that will be televised nationally and internationally on ESPN.

Do you think online streaming and social media are the way forward for federations like ISF and WBSC?

I think that’s really important. Nowadays that is the thing that gets a lot of interest developed and a lot of people can find out about what is going on in the world and especially in sport. We are doing a lot with social media on Facebook, Twitter and YouTube and we run a lot of our championship videos online. That can allow people to see our sport and get them involved in it.

Finally, what will be your next step if softball is included in the 2020 Games and what will be the steps to take if you are not included?

If we are included we will work to develop and expand our sport like I mentioned earlier. It will give us a fantastic opportunity to break places that we may not have been able to previously. If we aren’t included we will continue. It is important to give young girls and boys the opportunity in a lot of places around the world to play sport and especially our sport. We will continue to do that but being in the Olympic Games is advantageous to opening doors in a lot of places across the world.

An Olympics Without Overseas Fans – What Would Coubertin Say?

Diamondbacks’ Matt Peacock Went from the Sawmill to the History Books