In all societies sports can be an avenue for cross-cultural democratization. However, in most countries, taking advantage of sport for the purpose of cross-cultural democratization is difficult for many reasons. Namely the choice of what sport to practice is closely tied to athletes’ social economic status and the norms that accompany a person’s assigned birth condition, i.e. race, sex, and religion.

While sport democratization is possible in most of the world, sport choice in America is still closely linked to a person’s social economic status. For example, let’s look at options that money allows. The advantages provided by a middle-class income permits access to private transportation to far-away sport locations. In contrast, people in poor neighborhoods tend to practice sports close to home. The socioeconomic elite are also able afford sports that require specialized coaching and expensive equipment. It is pretty much a given that families who struggle to pay everyday bills are not going to be able to afford sports like equestrian or golf. Finally, adolescents whose families are at or below the poverty line are often responsible for contributing financially to the family unit. Kids often must work, which results in less time for sport participation, while middle- and upper-class children may not be required to work for financial reasons.

Not having the financial means is not the only obstacle that prevents individuals from participating in a specific sport. Coaches and sport organizations can perpetuate another hurdle to cross-cultural democratization. Coaches teach athletes, in particular young, impressionable athletes, how to behave on and off the field according to their social economic background and how they themselves were coached. Teaching values that society and governmental institutions surrounding and supporting the sport continually perpetuates and categorizes, often places athletes into male or female sports, black or white sports, and poor or rich sports. Sport organizations discourage women from participating in a specific sport, or even any sport, because the sport has a history of being played by men only. Not allowing an athlete to compete in a sport because of his assigned ethnicity, socio economic status, or religions limits the opportunities for individuals to explore new avenues and to interact across genders, races, and socio-economic classes.

The antiquated philosophy of sport role assignments needs to move closer to 21st-century needs and reality. These changes can occur either through governmental mandates, sports federations’ new attitudes, or through pressure exercised by individuals and groups primarily funding their respective sport associations. Some examples of positive changes of sports democratization in the U.S. include the affordability of tennis and golf by middle-class athletes, or soccer and lacrosse being extended to include female participation. Because of these changes, those sports have benefited in a general growth of active memberships, television viewership, and general mass appeal. These sport organizations have done well in expanding the scope of cross-cultural interaction, examples that need to be followed by more sport federations.

Jean-Paul (J.P) Albertelli is the author of Quest for Better Coaching. J.P has been coaching youth, high school, and college age athletes for over 40 years. He has coached swimming, soccer, triathlon, track and field, and cross-country running.

Willie O’Ree and Willy T. Ribbs, a Pair of ‘Firsts’ for the NHL and NASCAR 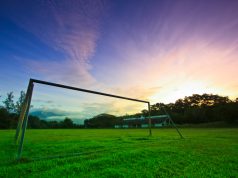 Why Athlete Identity is an Issue

Comprehensive Olympic Data Back in Public Domain at Olympedia.org

Top 65 Universities Would Lose More than $4 Billion if College...

Armour: ‘The Last Dance’ Showed Michael Jordan to be Otherworldly but...