Somewhere between the ages of 25 and 35 we reach the peak of our physiologic curve and then it hits us – the inexorable unwinding of our physiologic clock. Most noticeable is a loss of muscle mass (sarcopenia) and its functional correlate – muscle strength (dynapenia) ultimately leading to dysfunction and disability while producing an array of adverse metabolic changes further degrading our health and functional longevity.

Strength training is universally accepted as the definitive strategy for enhancing lean body mass (LBM) in young, active adults and athletes and has also been shown to slow the onset of sarcopenia and dynapenia in older adults thereby maintaining functionality longer. However, there is much more that can be done including not only reducing the anabolic resistance associated with aging but also taking a closer look at the strategies athletes are using as well, not the least of which is creatine supplementation. Creatine is, arguably, the most extensively studied and effective OTC nutritional supplement used by athletes due to its impact on energy levels, strength, power, and LBM. Less well known, however, is the impact creatine has on us as we age. Ironically, the benefits of creatine may be even more pronounced suggesting the potential to significantly decrease morbidity and increase functional longevity. Indeed, creatine supplementation may have a number of clinical benefits.1

To appreciate how creatine can impact a wide spectrum of physiologic functions, you must first appreciate the critical function it has in energy production. Creatine is first and foremost known as an energy compound helping to sustain the production of our energy currency (ATP), thereby reloading the energy deficit at the core of many age-related disorders. It helps provide sufficient concentrations of high-energy phosphagens, especially those with markedly high energy use, e.g., the muscles, heart and brain. Creatine supplementation seems to have numerous putative physiological effects – impacting everything from cognitive decline to cardiovascular health to enhancing mitochondrial function.1 Mitochondria, known as the power house of the cell, are of course responsible for the production of energy. Aging, however, can ultimately lead to mitochondrialdysfunction and the subsequent accumulation of aging ‘wear and tear’ brownish pigments known as lipofuscin – a biomarker of internal aging related to oxidative stress, lower levels of energy production and eventually cell death. Creatine may lower the accumulation of lipofuscin suggesting it may in fact decelerate the rate of aging and may have a much greater role in physiologic signaling pathways than heretofore known.

Though research regarding creatine’s impact on aging is in its nascent phase, current evidence regarding its effectiveness, coupled with its robust safety history, make it a first line supplement for aging adults to consider. After all, regardless of what future research unveils, creatine remains an effective OTC nutritional supplement for improving the top two biomarkers of aging: sarcopenia and dynapenia especially when coupled with weight training. Together they have a powerful synergistic impact on muscle function and LBM and so should be at the core of every “anti-aging” strategy. For more details on creatine, its effects, safety and use see this ISSN position stand and review: 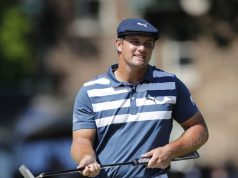 NBCUniversal Earnings Down for Period that Should Have Included Tokyo 2020

Boston Marathon 2021 Postponed Until “at Least the Fall” Due to...

Cracking the Code: An Interview with a Sport Business Professor