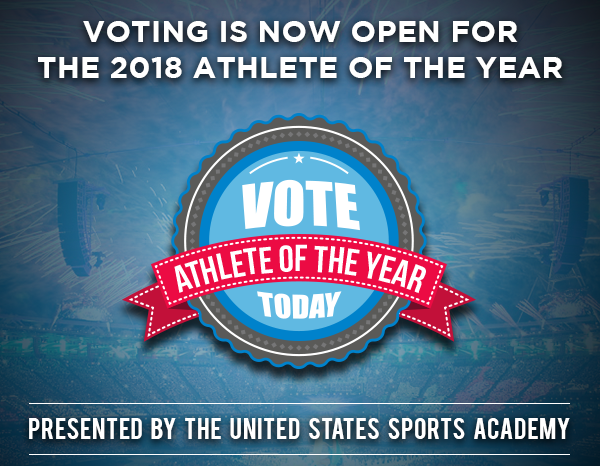 Public voting is now open for the United States Sports Academy’s coveted 2018 Athlete of the Year Award, a part of the Academy’s Awards of Sport program that annually recognizes the top male and female athletes in the world.

The ballot, now available for online voting, is the culmination of the Academy’s yearlong selection process through which outstanding accomplishments of men and women in sports from around the globe are recognized. Everyone is encouraged to cast a vote on the Academy’s website at www.ussa.edu and suggest to friends to vote as well. Voting runs through 5 p.m. Central time on Friday, 18 January 2019. The ballot includes 12 men and 12 women from 15 countries.

The awards honor exemplary achievement in coaching, all-around athletic performance, courage, humanitarian activity, fitness and media, among others. The Academy’s American Sport Art Museum and Archives (ASAMA) annually recognizes these men and women through its Sport Artist of the Year, Honorary Doctorates, Medallion Series, Distinguished Service Awards, Outstanding Athletes, and Alumni of the Year awards. This is the 34th year of the Academy’s Awards of Sport program.