Well the 2017 Moto GP racing season has come to its 18 race end and the results have been tabulated. The 2017 GP champion is Marc Marquez of Spain and becomes only one of four riders to have world championships in three different categories. Marquez has previously won the 2010 125 cc, the 2012 Moto2, and the 2013 and 2014 Moto GP Championships. He is the first rider to win the premier class in his first season since Kenny Roberts accomplished the feat in 1978. When he defended his title in 2014, he did so with three rounds left in the season. His brilliant ride this year included six wins, three top three finishes, and two top five finishes to go along with only two DNFs during the 18 race season.

The top 10 standings include: 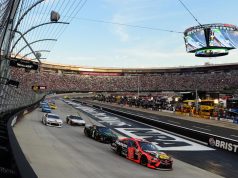