Serbia claimed men’s water polo gold in the final sporting action of the Taipei 2017 Summer Universiade, as Japan finished at the top of the overall medals table.

The water polo competition was the sole event on the closing day of the Universiade, which officially began on August 19.

Serbia produced a dominant display at the National Taiwan Sport University Arena to ensure their participation at the Universiade concluded on a high.

They raced into a 3-0 lead in the opening quarter of the match to take complete control against Russia, before outscoring their opponents 5-2 in the second.

With the score standing at 8-2 in Serbia’s favor at half-time, there appeared little doubt that they would secure the title.

Serbia’s advantage was extended further in the third period of the contest by scoring four goals to their rivals’ two.

Their domination was completed in the closing quarter, with their team emerging as 15-4 winners.

Serbia’s strength in depth was highlighted by the fact five of their players scored braces during the contest.

Italy proved equally strong in the bronze medal match, as they swept aside the challenge of France.

The Italian team secured a 5-1 half-time lead, before going on to complete a 10-2 victory.

With the Universiade’s sporting action at a close, Japan were confirmed as having finished top of the overall medals table.

They earned 37 gold, 27 silver and 27 bronze medals during the Universiade, with South Korea following with a total of 30 gold, 22 silver and 30 bronze.

Chinese Taipei would complete the top three at the Universiade, as they dramatically improved on their gold medal haul of six from Gwangju 2015.

The hosts finished with 26 gold, 34 silver and 30 bronze medals. 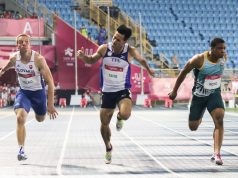