Whether you are new to hunting or an old hand, there will come a time when you will need to decide whether you want to hunt with a bow or a rifle. And even though there are a good number of hunters who like both methods, the growth of bows over rifles has been significant over the past few years. But if you still need a reason to use a bow as opposed to a rifle, consider these factors:

In the state of Minnesota, for example, the law allows you to hunt for several months with a bow, but for only two weekends with a rifle. Further, according to a national survey, 24 percent of respondents stated that the longer bow hunting season as the reason for their choice of weapons. Eleven percent stated that an earlier start to bow season was their reason for selecting their weapon.

It is also important to note that game is usually more plentiful during bow season as opposed to muzzleloader and rifle season.

It might be true that modern bows can shoot an arrow more than 400 yards as well as at speeds of more than 200 miles per hour, the fact remains that an arrow is still a short-range hunting tool, which is ideal for distances of 30 to 40 yards, if not closer. Your ability to maintain your composure to your target at such a close range requires a considerable amount of skill, which often makes a kill feel like a greater accomplishment than when done with a hunting rifle.

As anyone who has ever listened the events played out on a SEAL team mission can testify, there are few things that are as thrilling as the performance of a hunt, especially when it is done covertly, without a single sound. Even the best silencers sound like a cannon when compared to the muffled twang of an arrow being released to its intended kill. Even the last sign that a sniper was ever in an area, the muzzle flash, doesn’t exist in the case of an arrow.

There are probably few things as exciting as being crouched down and camouflaged, blended in with nature, only to wait for the perfect time of the kill. Even the swift silence of an arrow most often won’t disrupt the creatures around you, or even the intended target, much less if you used a rifle to make your kill.

There is obviously nothing illegal about killing an animal, as long as it is carried out within certain boundaries, but since you are human and you have the technology advantage of a firearm, the animal obviously has the disadvantage from the outset. With a bow and arrow, you are giving the animal a fair chance to survive your skills. A bow and arrow also make it more of a “fair fight” since you measure your killer instincts against the animal’s instinct to survive. Plainly stated, killing a deer at 150 yards with a rifle might be a fair kill, but doing the same thing with a bow and arrow is more of a hunt.

Robert Gate is founder of Archerytopic.com. He was enthusiastic about hunting from the first shot, from then he decided to become a pro hunter. If you find something helpful in his blog, he would be proud to hear from you.

A New Look and Approach to Playground Designs 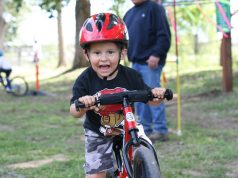 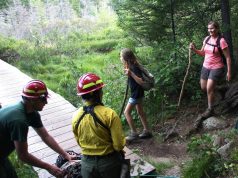