The University of Southern California (USC) has settled a charge of noncompliance with Title IX, a key federal gender-equity law, following a 14-year investigation by the U.S. Department of Education’s Office for Civil Rights. The office found a “significant disparity” in one athletic program that put female athletes at a disadvantage.

Through its investigation, the office found that the university was out of compliance with Title IX because the condition of the women’s rowing team’s off-campus boathouse was the “lowest quality at the university.” 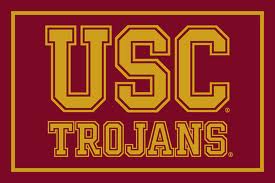 This is an interesting case because, on the surface, USC does not appear to be non-compliant with the so-called Three Prong Test for looking at compliance that the federal government first articulated back in 1979.  Under this test a school must meet at least one of three standards to be in compliance with Title IX.  These standards are as follows:

The size of the women’s rowing program suggests that it would help the school meet perhaps all three of the standards outlined above.  According to a report on the office’s findings, issued last October, the 62-member women’s crew is the third-largest team in the USC athletics program and the largest women’s team at the university, and so the disparity was considered significant.

Under the terms of the settlement, the university did not admit to any violation of the law, but it agreed to provide the team with a facility that includes a separate and enclosed locker room, a lounge area and offices, seating for spectators, and bathroom facilities for each gender. USC agreed to do so by January 31, 2014.

The current boathouse is about 20 miles from the campus, at the Port of Los Angeles—the closest available waterway. The structure serves as a locker room and a practice and competitive facility. According to the report, the facility appears to be very old; the university has no record of when it was built.

“The structure itself is a large garage-type structure with exposed walls and beams,” the report states. “One restroom, consisting of one sink and one toilet, is available for everyone—athletes, visiting athletes, and spectators.”

In its investigations, the Office for Civil Rights examines whether the availability and quality of benefits, opportunities, and treatment provided are equivalent for both genders. In some cases, a disadvantage for one gender can be offset elsewhere. But the women’s team cannot be compared to a team of the opposite gender because the men’s crew is a club sport and operates with private funds.

The quality of the women’s crew’s locker room could have been offset by the fact that the men’s golf team does not have a locker room, for example, but investigators concluded that the teams were not comparable because the men’s golf team has only nine members.  Ultimately the key factor was the disparity between the condition of the training facility for this sport versus other sports on campus.  A school cannot field a large women’s team and fail to provide adequate training facilities.

Additionally, according to the report, the university already had plans to build a locker facility for the men’s golf team, while no such plans existed for the women’s rowing team at the time of the investigation.

The case started in 1998, when Linda Joplin, a member of the California chapter of the National Organization for Women, filed a complaint with the Office for Civil Rights. Ms. Joplin was traveling this week and could not be reached for comment.

Jim Bradshaw, a spokesman for the Education Department, said the investigation had lasted 14 years due to the complexity of the case, which required significant data analysis.  One does have to wonder how much there was so much data to review that it took well over a decade.  The person who originally filed the complaint is now in her 30s.

This case sends a message to other schools that they have to make certain that women’s facilities are roughly equal to the quality of men’s facilities, whether or not the general public cares much about the sport in question.

Readers can review the entire article, which appeared in the Chronicle of Higher Education, by going to http://chronicle.com/article/U-of-Southern-California/136719/.