Deer antler velvet, an ancient Chinese medicine, has been used for thousands of years to treat a myriad of ailments. Contrary to the article in Yahoo! Sports, deer antler velvet is not “a soft coating that covers deer antlers”, but the entirety of the antlers before they become calcified. At that stage the antlers are loaded with nutrients and can be removed without harming the animal. One leading manufacturer of an antler velvet supplement claims the following 25 typical benefits have been seen in 90% of their users within the first month of use.

These claims are reminiscent of the radioactive products back in the early 1900’s; Radiation will rejuvenate you and make you feel better. We all know how that turned out–radiation poisoning and widespread death.

After reading the benefits of taking deer antler velvet, you would think this stuff would be taken by everyone and would be the best selling product ever invented. Well, that’s not the case. A leading manufacturer claims that their deer antler velvet:

“…contains hundreds and hundreds of nutrients. All of which are bio-available, naturally bonded to protein enzymes, living, and synergistically working together. This is unlike the synthetic supplements being sold today which have none of these benefits. (NOTE: 95% of all supplements sold today are man-made synthetics.)”

While many of today’s supplements are synthetic, there is no evidence to support that an all-natural product has components that are “synergistically working together”. Researchers require physiological evidence to support findings as to why a supplement works. Deer antler velvet is nothing more than a cocktail of nutrients and chemicals found in foods we eat or make in our body. Antlers are made by mammals; humans are mammals, so it makes sense.

Yet, the topic in the Yahoo! Sports article focused around illegal substances taken by players in the NFL. The author writes about deer antler velvet saying that, “For the elite athlete, experts say it’s essentially a human growth hormone”. However, this claim is not justified and not accurate.

Deer antler velvet does contain the banned substance IGF-1, often linked to growth hormone as it is a byproduct of human growth hormone. However, there is little evidence indicating supplementing with IGF-1 will perform miracles:

“It’s one of the proteins that is increased in human growth hormone … it’s considered performance-enhancing,”
“It’s similar to HGH in that it aids in recovery. It helps build tissue, and strengthen tissue – more than you can ever do by training alone. Any preparation that is not naturally occurring is banned. Taking IGF-1 through deer antler is banned as well.” (From the same Yahoo! Sports article)

IGF-1 has been shown to produce similar results to those found when taking GH in healthy adults, such as enhancing muscle development and reducing muscle breakdown. However, these subjects were given 100 micrograms of IGF-1 per kilogram of body weight two times per day in addition to 10 micrograms per kilogram of body weight every hour 16 hours thereafter. A 154 pound (70 kg) man would need to consume 25.2 million nanograms of IGF-1 per day to have the same effects as taking growth hormone.

So how many nanograms are in each dose of dear antler velvet? The same leading manufacturer who made all the claims above indicates “Each bottle of Royal Velvet does contain between 3,000 and 5,000 nanograms of IGF-1 from antler velvet.”

A bottle contains around 180 sprays, and a typical dose is three sprays. Thus, a single dose of deer antler velvet contains between 50 and 84 nanograms of IGF-1. In order to mimic the research study that found IGF-1 to have similar benefits to growth hormone you would need to consume between 1,500,000 to 906,000 sprays PER DAY: that’s between 8,333 to 5,033 bottles per day. Think of the cost alone.

Claiming that deer antler velvet is “… similar to HGH in that it aids in recovery. It helps build tissue, and strengthen tissue – more than you can ever do by training alone.” Is absurd. IGF-1, maybe, in high doses, but not deer antler velvet. Does anyone really think that ground-up deer antlers will result in increased performance similar to taking synthetic growth hormone? Recreational IGF-1 supplementation can range from 20,000 to 200,000 nanograms, while less then reported in the earlier study, you would still need to consume between 4 and 40 bottles per day, and the benefits would be anecdotal at best.

So what’s the big deal then? IGF-1 is still a banned substance; even taking 1 nanogram is illegal, even if it does nothing for you. The problem with deer antler velvet is that the amount of IGF-1 is so small that it is nearly impossible to detect in a blood test. Exercising alone can modify IGF-1 levels in the body far greater than taking deer antler velvet. Specifically, IGF-1 levels have been shown to increase by as much as 20% after resistance training for 13 weeks. During, immediately after, and several minutes after exercise, IGF-1 levels can be either higher or lower than during rest (see here, here, and here).

Even the type of protein you eat may influence IGF-1 content in the blood. Therefore, trying to identify if an athlete is consuming small quantities of IGF-1 is all but impossible, unless you catch them taking the supplement first-hand. But why take the risk if there are no benefits?

If athletes work out hard and eat right, they will get all the IGF-1 they need. If you decide to take a supplement or an ancient Chinese medicine, make sure you investigate what’s in the product. Even a small dose of something illegal is illegal. Coaches should educate their athletes as to the importance of researching products before they start taking something that could be illegal, or worse, fatal.

Dr. Jordan Moon, PhD, CPS, CSCS*D, HFS
Dr. Moon is the former Department Head of Sports Health and Fitness at the United States Sports Academy. He has trained athletes at all levels including professionals in Major League Baseball, the National Football League, and the National Hockey League, as well as college athletes and teams in addition to youth and fitness clients. 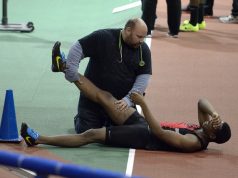 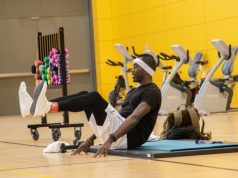 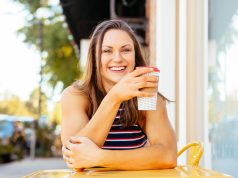 Tokyo 2020 Chief Warns of ‘Massive’ Costs in Rescheduling Olympics and...